Climate Science, Age, and the Importance of Personal Experience 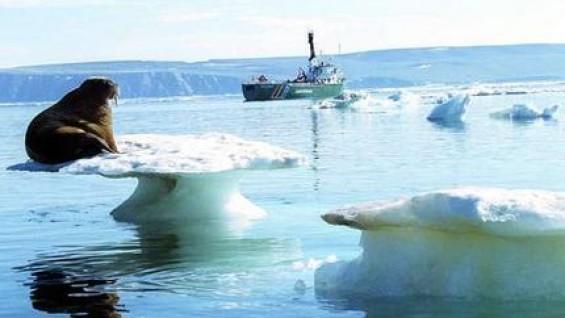 Dr. James E. Hansen, one of the world’s foremost climate scientists, has released a new study alongside Makiko Sato and Reto Ruedy, titled “Perceptions of Climate Change: The New Climate Dice.” It’s a fairly technical study, although a layperson can probably understand it if they’re willing to do a little internet sleuthing when they encounter unfamiliar terms. The study presents evidence that the effects of global warming can already be detected in the recent global temperature record.

The study focuses on temperature anomalies averaged over three-month periods (average temperature for June-August, average temperature for December-February) and then compares data on this period from the last few years to the statistical baseline for this period. This statistical baseline is called “Climatology.” Contrary to what the Internet may tell you, “Climatology” is not synonymous with “Climate Science;” in the field of climate science, climatology refers to the statistical middle third of the bell curve for a given set of data.

For the purposes of the study, Hansen et al chose the period 1951-1980 for their climatology data. This is an interesting choice, because it is within the lifetime of many living people today. The study makes it clear that they chose this period deliberately for that reason: if the results of the study are true, then people who live in the most affected areas should have a clear, immediate perception of climate change from their own experience. After all, as the study demonstrates, the last few years have seen summer temperatures that are less than 1% likely with respect to summer temperatures from the period Hansen et al chose as the baseline.

While the study has clear implications for our understanding of climate change, it may also be useful as a barometer of the efficacy of media. The American media tends to portray global warming as an open debate, something people are “still on the fence about.” The facts paint a different picture – there is overwhelming consensus in the scientific community that global warming is real and that it is manmade. Any generation who has lived through Hansen et al's baseline period would logically be more likely to accept this proposition than the general population. Yet in America, there is no significant correlation between opinions on global warming and age, according to the Yale Project on Climate Change Communication.

Is this a testimony to the power of media, that even those Americans who should have direct experience to inform their opinions on global warming show no significant differences from the general population? Perhaps, although the maps on page 4 show that the anomalous signal has not been particularly strong in North America when compared to the rest of the world. It may take more significant temperature anomalies for Americans to consider global warming as part of their personal experience.