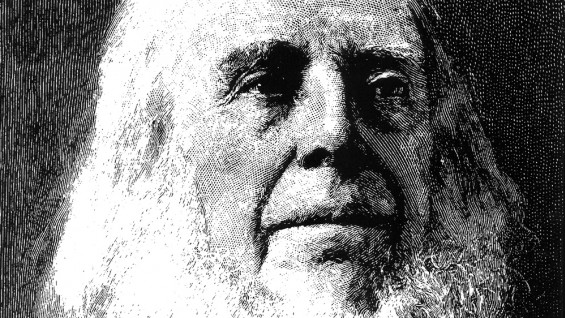 Peter Cooper's vision was not only global; it was, in another contemporary phrase, diverse. He deeply believed in the connection between Christian virtue and education, but he refused to make that the official doctrine of his school. In his founding document he made this non-sectarian commitment clear. “Neither my own religious opinions nor the religious opinions of any sect or party whatever shall ever be made a test or requirement, in any manner or form, of or for admission to or continuance to enjoy the benefit of this institution.” The emphasis was his.

For a man born in the first term of the Washington administration, Peter Cooper has a startlingly 21st Century vision of higher education. In his day, colleges were a place for cultivation and socialization of young men of the upper class or professional schools turned out officers, clergymen and other specialists. He had a more integrative model in mind. He wanted his graduates to acquire the technical mastery and entrepreneurial skills that lead to prosperity while, at the same time, enriching their intellects and sparking their creativity. And he had a third purpose as well: To instill a sense of social justice that would translate into action. In 1859, such a broad pedagogical goal was visionary; today, it is the standard by which excellence in higher education is measured.

From its inception, Cooper Union has remained true to the guiding vision of its founder. It remains at the forefront of social and political justice, seeks to create active citizens and maintains an academically rigorous and challenging course of study in its schools of Art, Architecture and Engineering, and its Faculty of Humanities and Social Sciences. Although enrollment is typically less than 1000, Cooper Union alumni have won a disproportionate number of distinguished awards, including a Nobel Prize, ten Rome Prizes, 18 Guggenheim fellowships, three MacArthur fellowships, nine Chrysler Design awards and three Thomas Jefferson Awards for Public Architecture. Since 2001, Cooper Union has also produced 23 Fulbright scholars and ten National Science Foundation Graduate Research Fellowships since 2004.

The School of Art is one of the most selective in the country. It is an environment where creativity is not only expressed but discussed and presented in one of the world's most culturally vibrant neighborhoods, Manhattan's East Village. Among its distinguished alumnae are:  artist and designer Milton Glaser, painter Alex Katz, artist Wangechi Mutu, and artist Audrey Flack.

The Albert Nerken School of Engineering offers a curriculum equivalent to that of most elite graduate level programs, and from the first it has been a magnet for some of America's greatest minds. Thomas Edison came to Cooper Union to improve his skills as an industrial chemist. Russell Hulse, won the Nobel Prize for Physics. Kevin Burke, CEO of Con Edison; Howard Flagg and Ben Itri, developers of DSL; and Stanley Lapidus, inventor of the Thin-Prep Pap Test for early detection of cervical cancer.

The Irwin S. Chanin School of Architecture is world famous for its integrative approach, which combines aesthetics, technologies, and environmental sustainability within a fundamental humanistic frame. Among the distinguished graduates of the School of Architecture are Elizabeth Diller and Ricardo Scofidio, designers of the High Line and the most recent Lincoln Center redesign, and Daniel Libeskind, developer of the master plan to rebuild the World Trade Center.

Students at all three of Cooper Union's schools take courses in the social sciences and humanities, taught by a faculty of distinguished scholars. And, of course, New York City is a living laboratory for the study of society and ideas. Classes are small and intimate. Instruction is personal and individual. School spirit is derived from a sense of belonging to a vital intellectual community.

Peter Cooper passed away in his own bed, holding the hands of his son and daughter. “The dying man's thought rested especially on the future of the Cooper Institute, the Times reported. “He repeatedly spoke of his desire that the work of the institution might go on steadily in the years to come.” It is a wish that has been honored by successive generations of students, teachers, administrators and alumni, and it is a continuing charge as Cooper Union continues its mission of intellectual enrichment, innovative education and active citizenship.