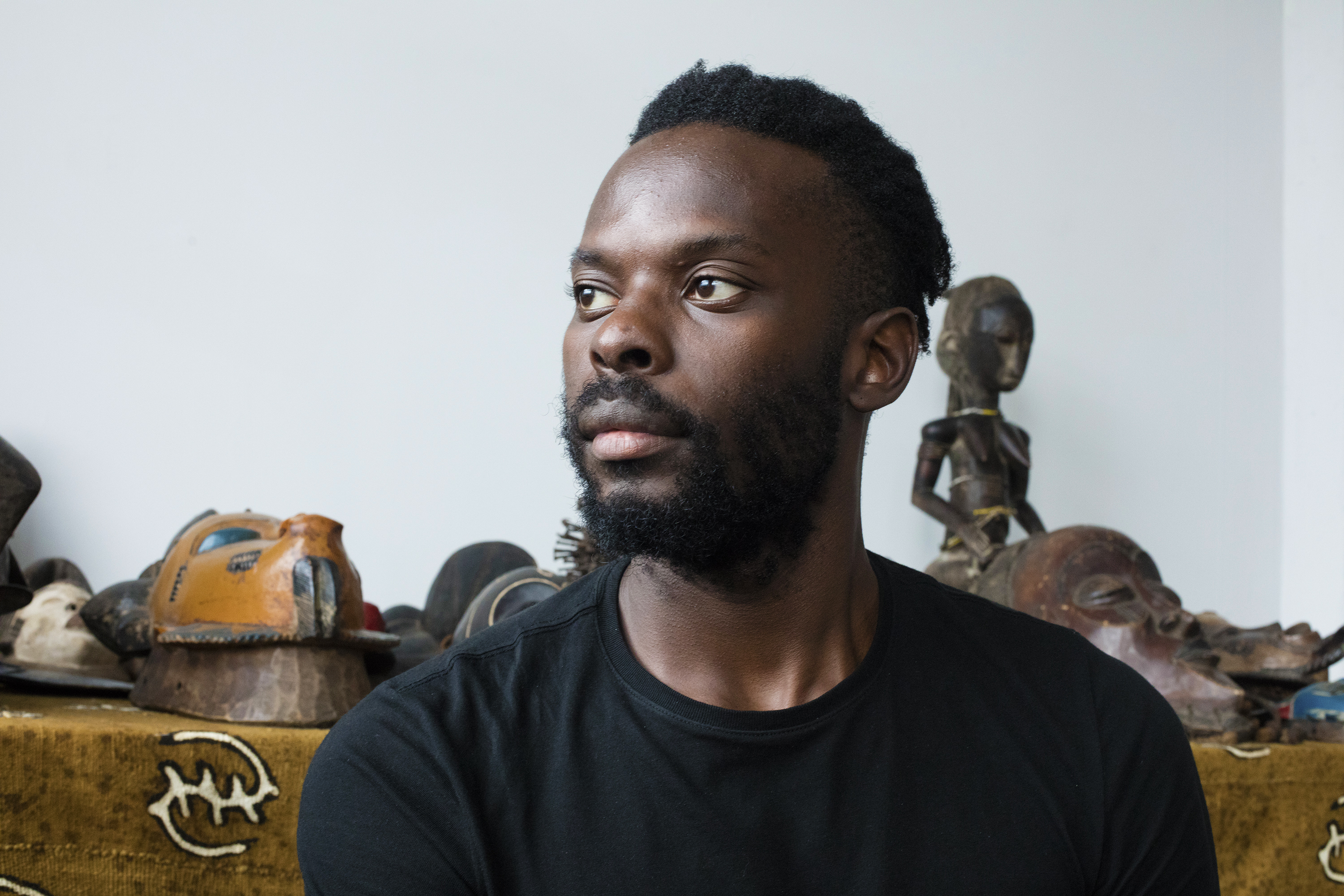 Tunji Adeniyi-Jones is a Brooklyn based artist. He received his BFA in Fine Art from Oxford University (2014) and his MFA in Painting/printmaking from The Yale School of Art (2017). Born in London to Nigerian parents, Tunji’s work explores the history and mythology of ancient West Africa, through the lens of European art history. This cultural duality is at the core of his practice. Through painting, sculpture, and printmaking Tunji attempts to articulate the contemporary aesthetic of the African diaspora.

Tunji has had solo exhibitions in London and New York, and is currently represented by Nicelle Beauchene Gallery 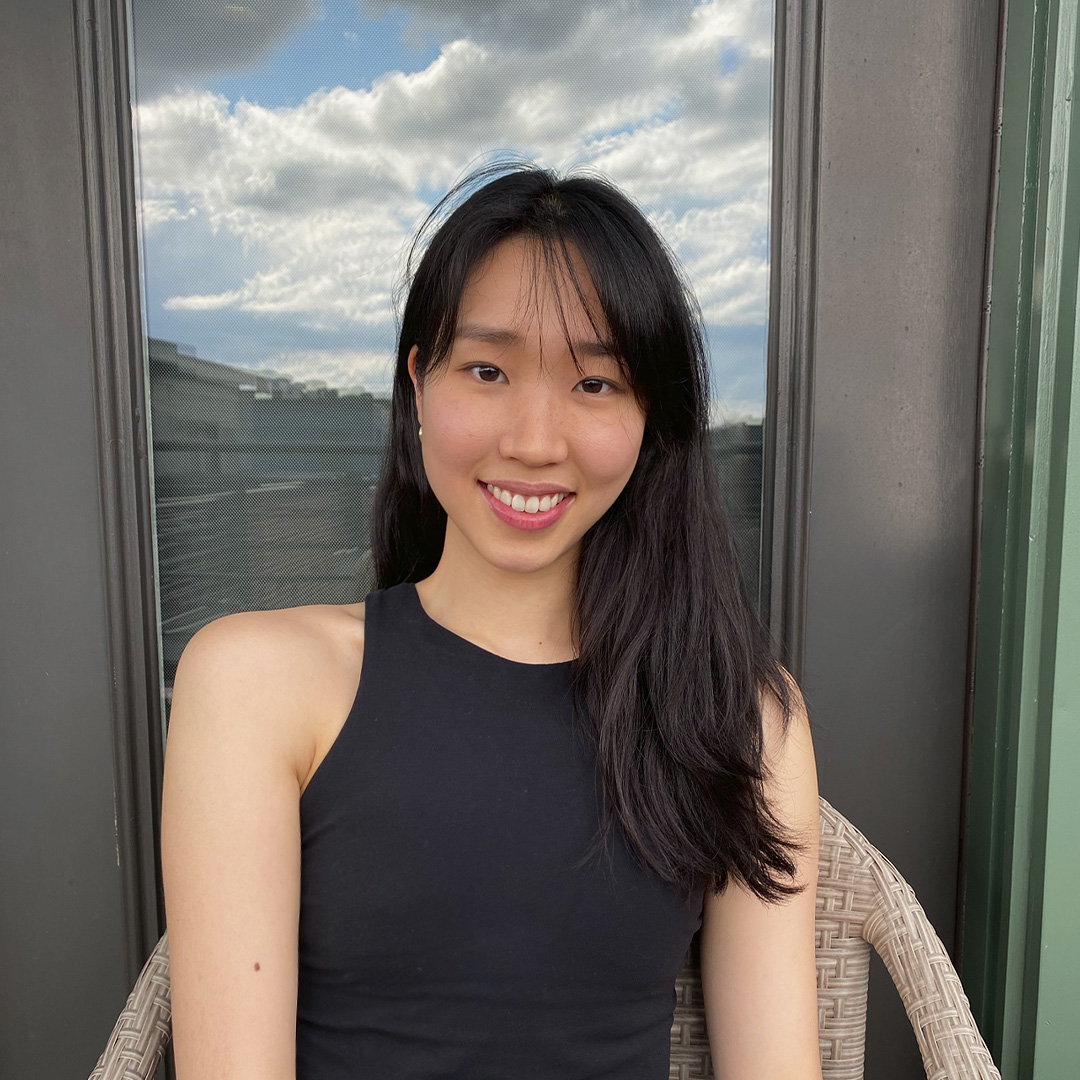 Nayon is an interdisciplinary artist with a focus in animation and filmmaking. Born in Seoul, South Korea, she moved frequently throughout her life. This sparked her interest in exploring the social constructs and rules fabricated to oppress human nature, and how we interact with one another under this oppression. She finds animating to be the most creatively optimal medium for investigating these questions. Her animated short films have screened internationally at film festivals, and her work has shown at an invitational solo exhibition at PonetiveSpace Gallery in South Korea and the Museum of American Illustration in New York. She received her BFA in Film/Animation/Video from Rhode Island School of Design in 2016 where she taught Intro to Computer Animation as a critic. Based in Brooklyn, she works as a freelance animator and strives to create work with riveting narratives that captivate and provoke a new thought. 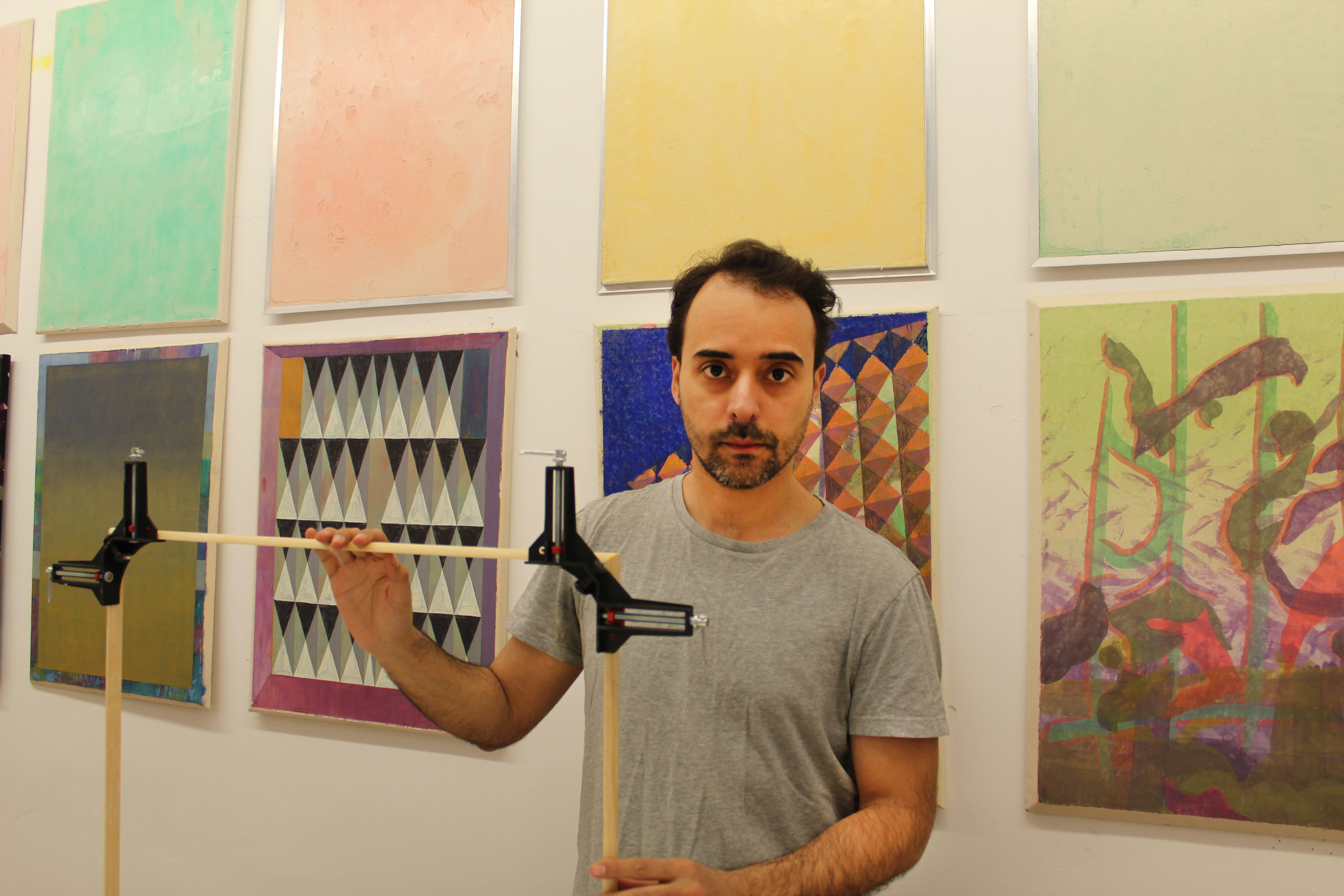 Pablo Diaz (b. 1983, Camagüey, Cuba) is a mixed media painter living in New York. He received a BFA from The Cooper Union School of Art in 2006 where he currently teaches drawing and mixed media courses in the Outreach Program. Additionally, he is head technician for the school’s Letterpress Studio, and is the acting director for the Summer Art Intensive Program. In 2016, he received the Kossak Travel Grant to study fresco painting in Pompeii and the Convent of San Marco. In 2018, he received an MFA degree from Hunter College. 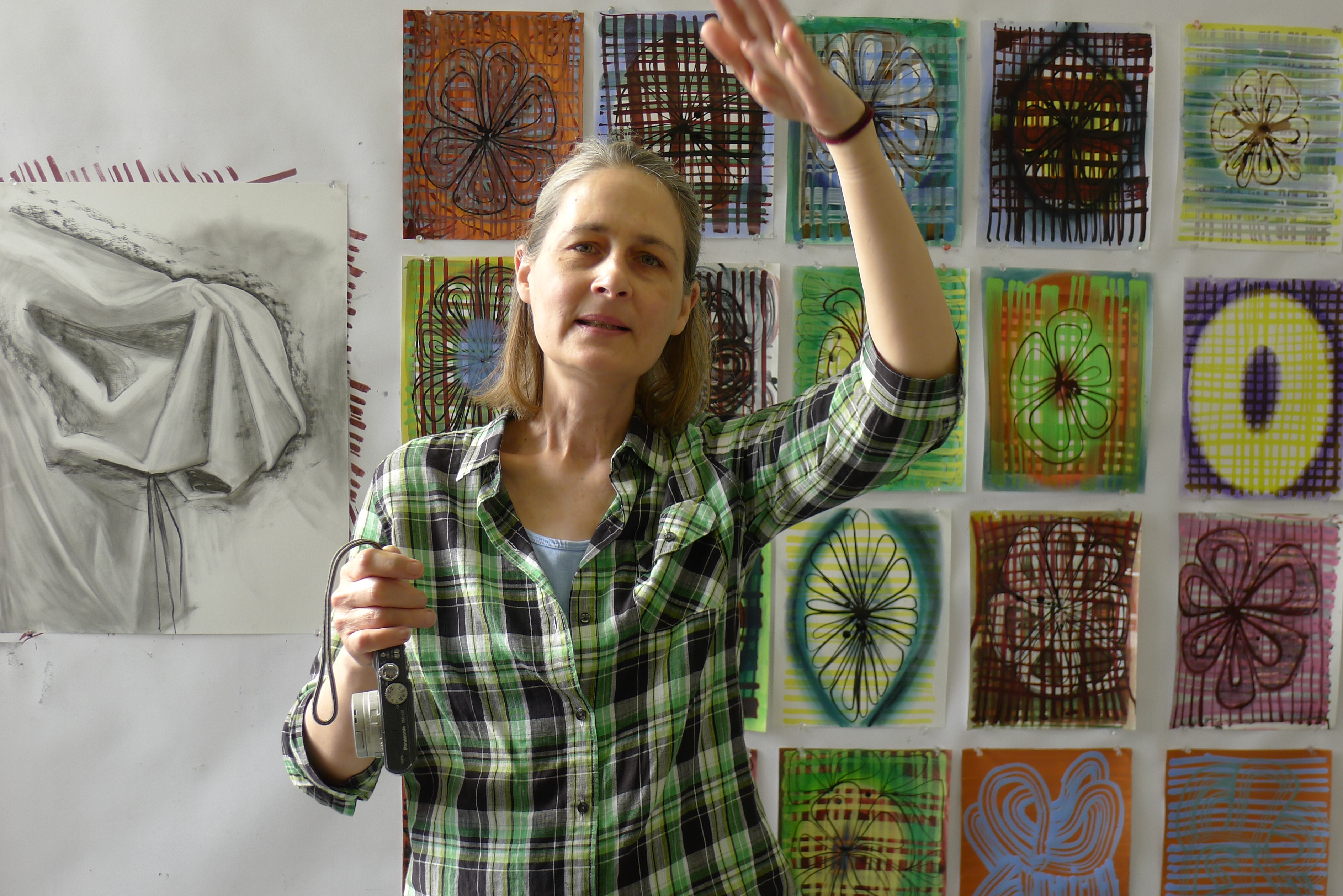 Anne-Marie McIntyre is an artist and art educator. She received her BFA from The Cooper Union and her MFA from Tyler School of Art in ceramics and glass. She maintains a studio in Dobbs Ferry NY focusing on ceramics and drawing, creating new ways for them to interact. Most recently she has been in a variety of group shows Including Trestle Gallery’s Introductions 2017 and Planthouse Gallery’s Victory Garden.

This past fall she helped to facilitate ICI’s “Do it” project with students at Fordham High School for the Arts. “Do it” is a compendium of hundreds of artist’s instructions gathered over the past 20 years by Hans Ulrich Obrist. Artist’s instructions are followed and activated in museums and schools around the world as part of this ongoing conceptual project. Independent Curators International "Do It".

You can see her work at studio339.com 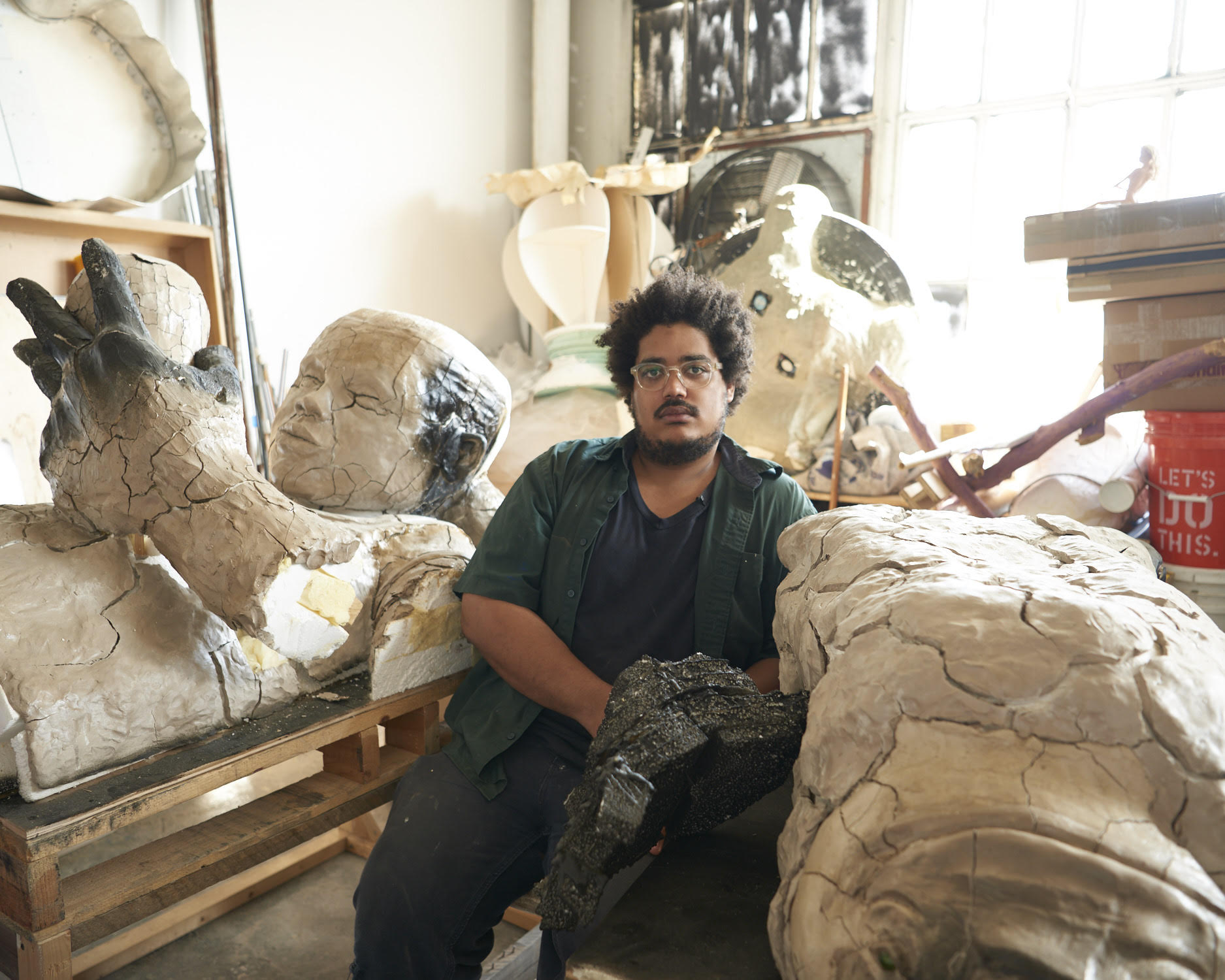 Andrew Ross is a Queens-based visual artist, working across various media with a focus on mixed media sculpture and drawing. His work has been exhibited at The Drawing Center, Studio Museum in Harlem, Artists Space, CCS Bard Hessel Museum, and Greene Naftali. Ross has staged solo exhibitions at Signal, American Medium, Clima Gallery, and False Flag. His work has been featured in Artforum, Art in America, Brooklyn Rail, Flash Art, Mousse Magazine, and Cultured Magazine . 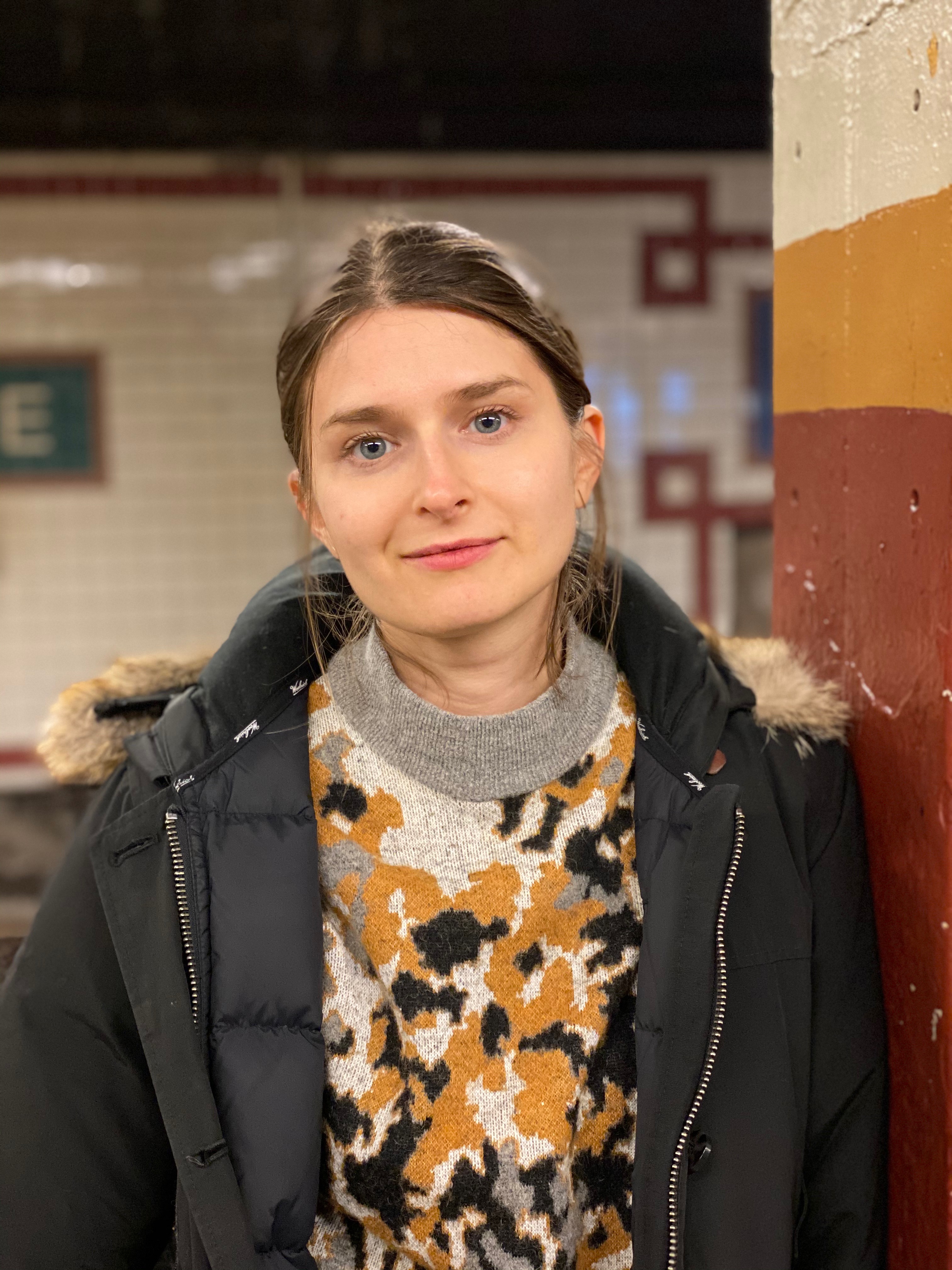 Alex Strada is a visual artist and educator based in New York City. She has shown her work internationally, including exhibitions and screenings at the Anthology Film Archives, NY; Museum of Moving Image, NY; Socrates Sculpture Park, NY; UnionDocs, NY; Goethe-Institut, NY; Elizabeth Foundation for the Arts, NY; The Jewish Museum, NY; National Museum of Iceland, Reykjavik; MuseumsQuartier, Vienna; and the Kaunas Biennial, Lithuania. In 2017, her documentary short film Save the Presidents, made in collaboration with Tali Keren, won first place at the Austrian American Short Film Festival. In February 2018, Save the Presidents took over the screens of Times Square every midnight as part of Times Square Arts’ Midnight Moment and was written about in The New Yorker and Vice. Her feminist art project and legal contract, Artist Contract, which supports emerging female artists through economic redistribution, has been written about in Artsy, Hyperallergic, and legal journals. She is a 2020 recipient of the NYFA Women's Fund for Media Artists. Strada received a B.A. from Bates College in 2010, an M.F.A. in Visual Arts from Columbia University in 2016, and she was a 2018-2019 studio participant in the Whitney Independent Study Program. She is adjunct Visual Arts faculty at Fordham University and Columbia University. 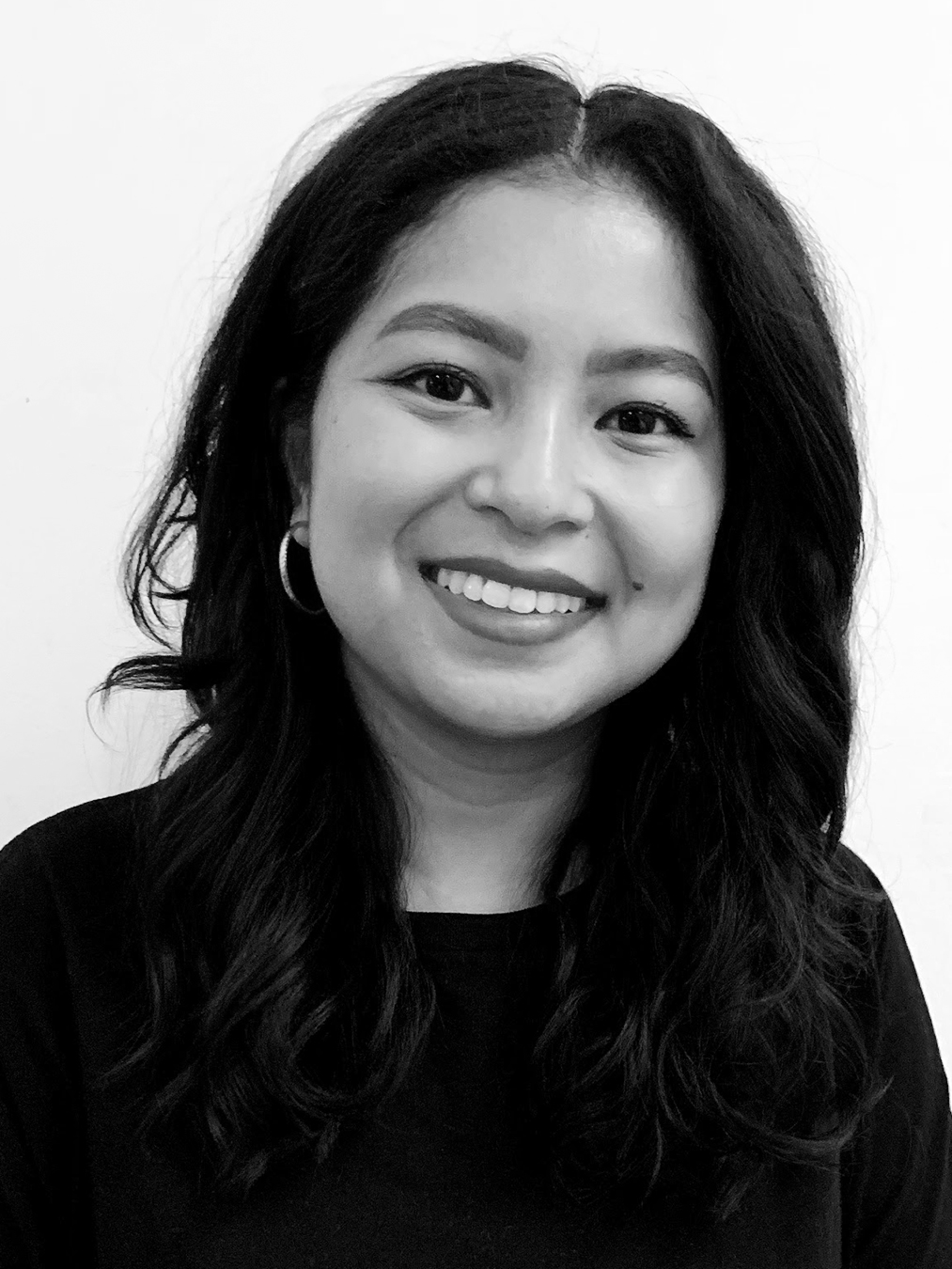 Tida Tep is an independent designer and art director based in New York City. She studied graphic design at Virginia Commonwealth University and typeface design at Cooper Union’s Type@Cooper. She specializes in identity systems, art direction, web design, type design, packaging, and books for commercial and cultural projects. Throughout her career she has worked with a wide range of clients including the MoMA, New York Times, Apple and Google Creative Lab.

Evan Bellantone is an interdisciplinary artist living in New York City. He received a BA from Bard College and an MFA from Hunter College, where he studied painting, conceptual art, and curatorial studies. He is a master printmaker, and has exhibited prints in the International Print Center New York in Manhattan and the Cooler Gallery in Brooklyn. He has taught printmaking at the Lower East Side Printshop and the Robert Blackburn Printmaking Workshop, as well as teaching Art Issues at CUSAI.

Sam Chun is a New York City based artist living and working in the Chinatown area of Downtown Manhattan. He was born and raised in New Jersey to Korean immigrant parents and later moved to NYC to attend The Cooper Union School of Art to then graduate with a BFA. Since graduating, he has taught in The Cooper Union Outreach Pre-College Program as well as continued his practice making artwork. He recently exhibited work in a group show with Beverly's NYC at Material Art Fair in Mexico City, Mexico.

Carla Edwards (b. Illinois), lives and works in Brooklyn, New York. She received an MFA from Rhode Island School of Design and a BFA from The School of The Art Institute of Chicago. She is a recipient of the Socrates Emerging Artist Fellowship, Smack Mellon Artist in Residence Fellowship and was awarded Lighthouse Works Public Art Commission 2018. She has been an artist in residence at The Fountainhead in Miami, Smack Mellon, NY., The Whitney Museums Independent Study Program, and Skowhegan School of Painting and Sculpture. Her work examines popular iconography and Americana vernacular through sculpture, performance, drawing, and video. She has exhibited nationally and internationally most notably at the Studio Museum in Harlem, Artist Space, Regina Rex, Jenkins Johnson Gallery, New York, Socrates Sculpture Park in Queens, Nuit Blanche, Toronto, Volta5, Basel Switzerland, The DC Commission of the Arts and Humanities, District of Colombia, Redline Arts, Denver, Charlie James Gallery, Los Angeles

Erica Miriam Fabri is the author of Dialect of a Skirt, a collection of poetry published by Hanging Loose Press (2010). She is a writer and performer. Her work has been published in numerous literary journals and magazines and she has worked on projects as a writer, editor and performance director for The New York Knicks, HBO and Nickelodeon Television. She currently teaches Performance Poetry and Literature at Pace University, Poetry Writing at Cooper Union School of the Arts (via CUSAI), and Writing for Magazines at Columbia University for the Columbia Scholastic Press. She is also a Freelance Photographer, a New Yorker, and a Mama.

Jonathan Paul Gillette is a New York- based painter. He retired after teaching Art Theory and Design for 10 years. Jonathan holds an MFA in painting from The School of the Art Institute of Chicago and an MS in Psychology from Lipscomb University in Nashville.  He was awarded a Joan Mitchell Foundation Grant in 2017.

Cindy Ji Hye Kim (b. 1990, South Korea) lives and works in Bronx, NY. Her work has been featured in solo presentations at Cooper Cole, Toronto; Interstate Projects, NY; Helena Anrather, NY; and YYZ Artists’ Outlet, Toronto. She has shown in group exhibitions at UncleBrother, Gavin Brown's Enterprise, NY; Foxy Production, NY; DC Moore, NY; Thierry Goldberg, NY; and the Abrons Art Center, NY. She received a B.F.A. from the Rhode Island School of Design in 2013 and a M.F.A. from the Yale University School of Art in 2016.