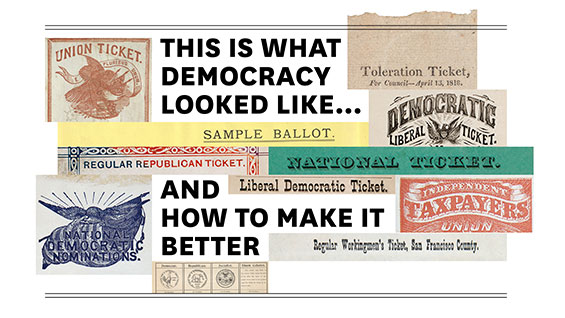 Join Samantha Bee, Zephyr Teachout, Victoria Bassetti, and author Alicia Cheng to discuss how boring ballots are good ballots, how the electoral system is unfair but better than it was, and how this election might pave the way to a new era of electoral integrity. This free, online panel is being held in conjunction with the exhibition This is What Democracy Looked Like: A Visual History of the Printed Ballot featuring images of historical ballots culled from Cheng’s recent book of the same name. 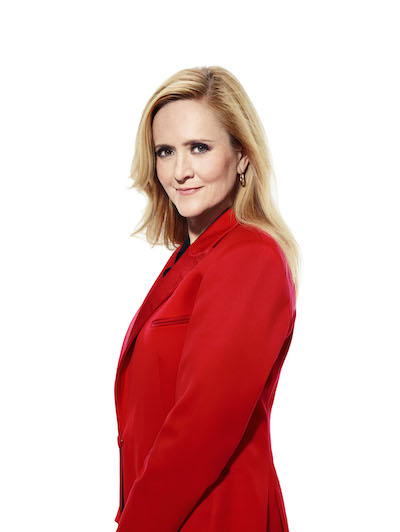 Samantha Bee has quickly established herself as having one of the most unique and sharp comedic voices on television with her late-night show Full Frontal with Samantha Bee. The show is now in its fifth season and has since gone on to receive multiple awards and nominations, including 21 Emmy nominations and winning the Television Academy Honor Award in 2018.  Bee also hosted the wildly successful “Not The White House Correspondents Dinner” on April 29, 2017, the evening of the traditional White House Correspondents Dinner. Her event celebrated a free and open press under the Trump administration. Most recently, Bee and Full Frontal launched the successful #MailedIt Tweetathon campaign that purchased over 130,000 stamps to help save the United States Postal Service.

Zephyr Teachout is an Associate Law Professor at Fordham University School of Law, where she teaches and writes about election law, antitrust law, and corruption. Her research has been cited by state and federal courts as well as the Supreme Court, and she has appeared regularly on MSNBC, Democracy Now!, and NPR. Teachout has written two books: Corruption in America and Break 'Em Up. A board member of Citizens for Responsibility and Ethics in Washington (CREW), she has run for public office three times, and was endorsed by the New York Times in her race for New York Attorney General. Prior to becoming a professor, she was a death penalty defense lawyer in North Carolina.

Victoria Bassetti is a fellow at the Brennan Center for Justice at the New York University School of Law and in addition to her work on This Is What Democracy Looked Like is the author of Electoral Dysfunction, the companion book to a PBS documentary by the same name. Her writings have been published in the New York Times, Washington Post, Financial Times, POLITICO, and more. She worked on Capitol Hill for almost a decade. Among other posts, she served as chief counsel to Senator Dick Durbin of Illinois and for Senator Herb Kohl of Wisconsin. She was a chief counsel and staff director of a subcommittee at the Senate Judiciary Committee, and she served on the team that drafted the 9/11 Victims Compensation Fund, the PATRIOT Act, the Economic Espionage Act, and the Homeland Security Act. She was also a member of the select team of lawyers that oversaw the Senate impeachment trial of President Bill Clinton.

Alicia Cheng is the author of This Is What Democracy Looked Like, the first illustrated history of printed ballot design. She is also the founding partner of MGMT. design and The Cooper Union School of Art’s Fall 2019 Frank Stanton Chair in Graphic Design. She has worked as a senior designer for Method, New York and was the co-design director at the Cooper-Hewitt, National Design Museum. She currently serves as an external critic for the MFA program at the Rhode Island School of Design. Alicia received her B.A. from Barnard College and her M.F.A. from Yale University.