Peter Schjeldahl. The Critic as Artist, in 2011: Updating Oscar Wilde 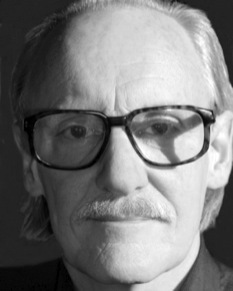 The AICA-USA Distinguished Critic Lecture at The New School

New Yorker critic Peter Schjeldahl has been called “America’s most important living art critic,” and “the unacknowledged dean of a bastard profession.” But is it? Schjeldahl takes on the challenge in a lecture/speech/manifesto he spent the summer burnishing for prime time at The New School for the 2011 International Art Critics Association/USA Distinguished Lecture. Like Wilde, he champions beauty in an era when it has been debased. He privileges personal confession over theory as the portal to comprehending art. “Paintings are vacations from myself,” according to the aggressively shy critic who started writing about art to support his poetry-writing habit. Schjeldahl has stipulated that the Q&A following his presentation be “open season,” in which the tables are turned and he readies himself for “questions, comments, and attacks.”

Peter Schjeldahl has been a staff writer at The New Yorker since 1998 and is the magazine’s art critic. He came to The New Yorker from The Village Voice, where he was the art critic from 1980 to 1998. Previously, he had written for The New York Times’ “Arts and Leisure” section. His writing has also appeared in Artforum, Art in America, The New York Times Magazine,Vogue, and Vanity Fair. Schjeldahl has received the Frank Jewett Mather Award from the College Art Association, for excellence in art criticism, and a Guggenheim Fellowship. He is the author of four books, including The Hydrogen Jukebox: Selected Writings, which was published in 1991.

This is the fifth AICA-USA Distinguished Critic Lecture at The New School, an annual event addressing current issues in the world of art criticism. It is presented by the US chapter of the International Association of Art Critics (AICA: Associations Internationale des Critiques d’Art) in collaboration with the Vera List Center for Art and Politics.