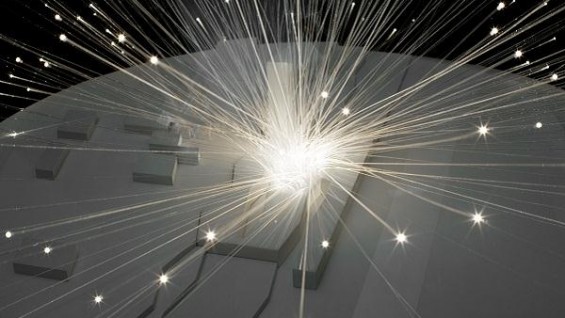 "The Wheelwright Prize jury—Mostafavi, Yung Ho Chang, Farès el-Dahdah, K. Michael Hays, Farshid Moussavi, Zoe Ryan, and Jorge Silvetti—selected Gia Wolff from among 231 applicants from 45 countries, including Afghanistan, Brazil, Burkina Faso, China, Egypt, India, Indonesia, Iran, Nigeria, and Spain. Applicants were asked to submit portfolios along with a research proposal and travel itinerary, outlining an extended field investigation and its anticipated benefits for the field of architecture. “The positive response to the Wheelwright Prize has been extraordinary,” said Mostafavi. “It is inspiring to see so many talented architects with clear agendas and visions.”

The jury commended Wolff as an original talent who has developed an innovative, multifaceted architectural practice. The 35-year-old architect has worked for Acconci Studio, LOT-EK, Adjaye Associates, and Architecture Research Office (ARO), where she has been involved in projects that range from libraries to residences, exhibition designs to urban installations. She is presently an assistant professor adjunct at the Irwin S. Chanin School of Architecture at the Cooper Union and a visiting assistant professor at Pratt Institute. She leads her own practice, which focuses on “performance and its use of space and objects to convey narrative, form, and emotion,” in her words. Recently, she has been collaborating with the Phantom Limb Company on set designs for productions including The Devil You Know (presented at La Mama Experimental Theater, New York, 2010), The Composer Is Dead (Berkeley Repertory Theater, Berkeley, 2010), and 69° South (BAM Next Wave Festival, Brooklyn, 2011). Wolff received a Master of Architecture from Harvard GSD in 2008 and a Bachelor of Fine Arts from Parsons School of Design in 2001."  - wheelwrightprize.org