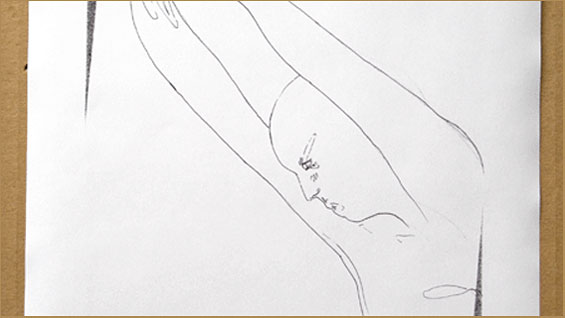 School of Art Adjunct Instructor Cristobal Lehyt will be exhibiting work at the ARCO art fair in Madrid.

Vogt Gallery's fair presentation will center around Lehyt's group of works titled "Drama Projections". The Drama Projections are single images made up of 32 joined inkjet prints depicting human figures. These works originate from graphite and ink drawings of city-dwellers created in an altered state induced not with the aid of substances, but through quick visual responses and repetition. They then undergo heavy filtering in a process involving photography, Photoshop, and then magnification. Lehyt uses these contemporary methods to subvert the idea of automatism and its relationship to the unconscious.

Cristóbal Lehyt was born in Chile in 1973. He lives and works in New York. His work has been shown internationally, e.g. at Kunstlerhaus Stuttgart, Shanghai Biennale, The Mercosul Biennial, the Queens Museum and The Whitney Museum of American Art, among others. The Drama Projection series has already been the subject of comprehensive surveys in Santiago de Chile, Stuttgart, and most recently in London at the House of Propellers.