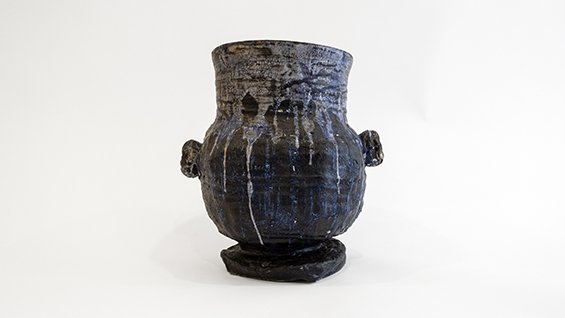 Please join the School of Architecture in celebrating the work of artist Adam Silverman at the opening of his site specific installation Eight Tide Jars.

Each of the eight wheel-thrown pieces on display began as a 25 pound extruded brick of industrially processed clay. They were each placed directly on the wheel head (rather than starting with a ball of clay, as is the norm). The top – and the majority – of the clay was then pounded into a ball and thrown from there, leaving a clear, integral square foot for the finished piece to stand on. Each piece typically spends at least a week on the wheel as it is slowly worked from a brick to a ball to a cylinder to an egg to a punched and pounded shadow of its original shape.