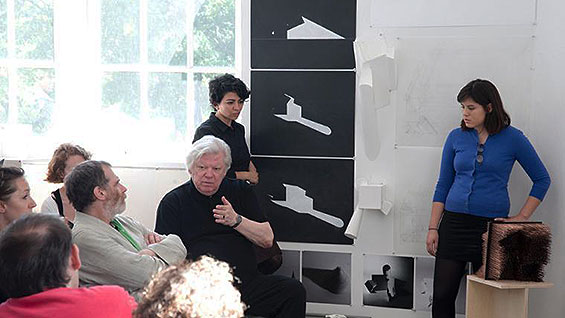 Lebbeus Woods, internationally renowned architect, artist and Cooper Union faculty member, died on October 30 leaving behind saddened colleagues and students as well as a remarkable body of work that challenged its audience while always projecting a formal beauty.  Woods, who taught at The Irwin S. Chanin School of Architecture from 1987 through 1996, and again starting in 2001, last met students for their mid-term critique of an Architectonics class just days before his death.

“[We] mourn the loss of a great teacher, a great and ethical artist, a visionary architect and dear friend to The Cooper Union across four decades,” began a letter to the Cooper community co-signed by President Bharucha, Dean Anthony Vidler and Associate Dean Elizabeth O’Donnell.

An architect who stayed almost exclusively in the realm of drawing and model rather than inhabitable buildings, Woods imagined spaces that addressed collective memory through ideas that stretched into the fantastical.  One piece, titled Einstein’s Tomb (1980), imagined the physicist’s final resting place as a vessel journeying outward into space on a beam of light emitted from earth.  The New York Times described Woods as an, “…architect whose works were rarely built but who influenced colleagues and students with defiantly imaginative drawings and installations that questioned convention and commercialism…” 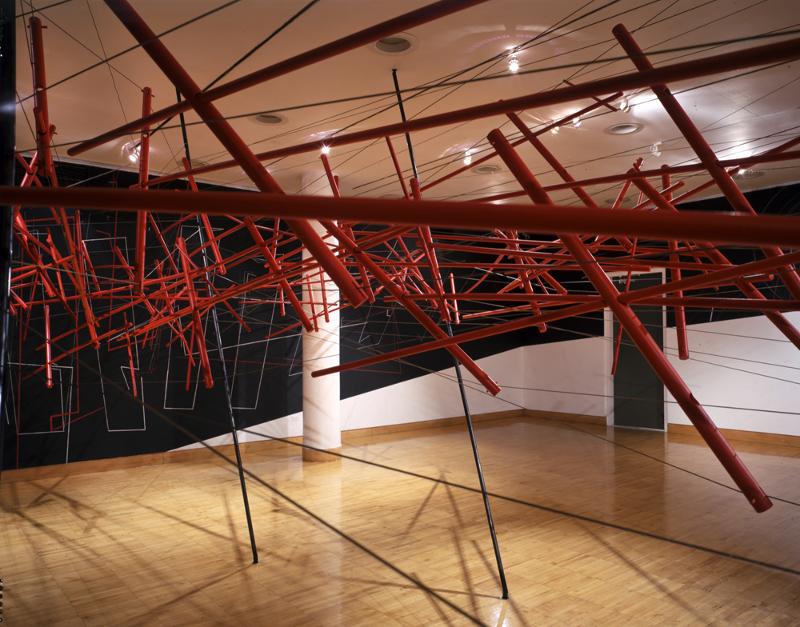 His work often took on the form of manifesting a shared trauma.  The Storm, a 2002 exhibit at the Arthur A. Houghton Jr. Gallery inside the Foundation Building appeared not long after the events of September 11, 2001.  “The drawings displayed in the hallway that led up to the Houghton Gallery depicted war-torn buildings with proposed architectural interventions; almost like bandages over wounds, or armor-like physical components over architectural gashes and scars,” recalled Steven Hillyer, Director of The Irwin S. Chanin School of Architecture Archive. “I think, in some way, The Storm was Lebbeus' response to or interpretation of that moment when a storm of violence hit the unsuspecting city of New York.”

“Lebbeus resisted that part of architecture that has frequently been used to erase the tragedies of history, the mistakes or catastrophes that humans have heaped upon each other,” Elizabeth O’Donnell says.  “Architecture reflects such trauma and damage for a short period of time but Lebbeus experimented with how architecture might do that permanently.  Not to erase history or fix it, but to help us understand history through an architecture that would carry and embody it.”

Though internationally renowned, Lebbeus Woods will be best remembered at Cooper as a beloved teacher, at various times leading the Architectonics, Thesis, Design II and Design IV studios.  “You might think that a person who sought to explore and reflect trauma and conflict would be a terrifying instructor,” O’Donnell says, “but he was quite the opposite.  He was a patient, kind and gentlemanly teacher.”

Cassandra Engstrom, a second-year architecture student took Wood’s Architectonics studio last year and remembered what made it special. The studio program was “Four Ideal Houses” with each of four groups being assigned a form (cylinder, pyramid, cone and cube) and a time of day it should embody (midnight, noon, dusk and dawn.) “Professor Woods was very straightforward with us and very passionate. He was happiest when he could see that we liked what we were doing” Engstrom says.  “It was like he was struggling along with us. I’ve never seen a professor be as happy about someone else’s work.” 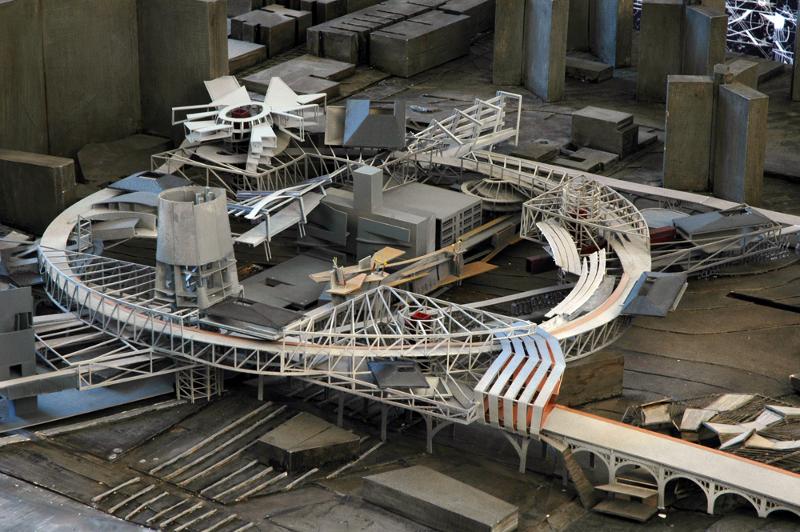 Lebbeus Woods also embraced the web, creating both a personal site as well as a blog.  The web, in turn, embraced him with sites both national and international creating memorials of him and his work, including the Los Angeles Times, U.K.’s The Guardian and architectural blog BLDGBLOG.

Dean Vidler, currently on sabbatical, remembered Lebbeus Woods as a "great teacher, a great and ethical artist and a friend to the Cooper Union over the decades. ... Much will be said in the ensuing months to speak to [Lebbeus’] profound interrogation of an architecture of resistance, of the loyalty and creativity he inspired in his students and friends, of the extraordinary corpus of drawings and three-dimensional installations, and of the irreplaceable void that he leaves in the School and for us all,” Vidler wrote to colleagues.  “At Cooper we will celebrate his work with students … and remember his love for us and the humility with which he taught and learned every day.”