Safaa Fathy, "Revealing the Poem: from Narrative to its Elemental Image" 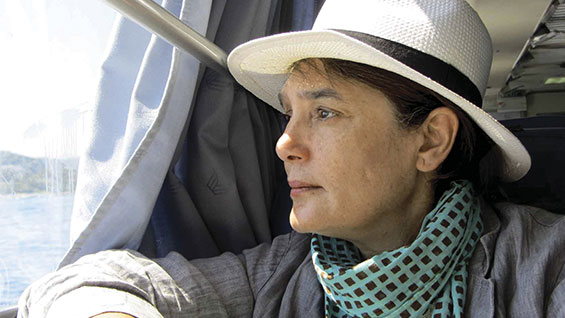 As part of the Spring 2020 Intra-Disciplinary Seminar series, Safaa Fathy recorded a lecture on May 5, 2020 which can be viewed here.

During a residency at Dar al-Ma'mûn in Marrakech, Safaa Fathy began to experimenting with assembling narratives from voluntary protagonists to write poems and turn them into films. The process of poem writing was akin to that of photography, as the poem revealed the latent images of the narrative. The double procedure of image revelation and filming founded on trust and confession can be compared to both religion and psychoanalytic healing processes. In her lecture, she will analyze this experience, quoting from the poems and the images, and highlighting the power of enunciation.

Safaa Fathy was born and raised in Egypt, and holds a Ph.D. from the Sorbonne. She is a poet, filmmaker, and essayist, and was Program Director at the International College of Philosophy (Paris, 2010-2016). She has published numerous plays, essays, and books of poetry. She directed the film Derrida’s Elsewhere (1999) and co-authored, with Jacques Derrida, the book Tourner les mots (2000). Her latest feature film is Mohammad Saved from the Waters (2012), and her latest poetry collection, written in the wake of the 2011 Egyptian revolution, was recently translated into English under the title Revolution Goes Through Walls.