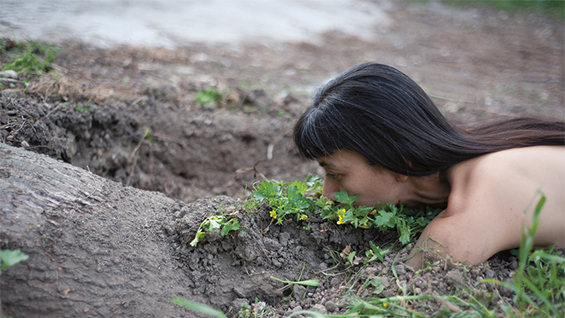 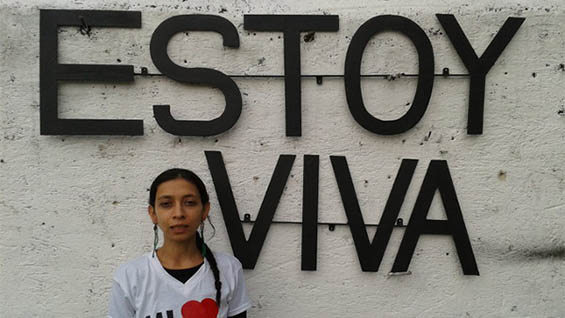 The Intra-Disciplinary Seminar (IDS) Public Lecture Series presents a lecture by Regina José Galindo entitled "Body of Work". It is free and open to the public.

Regina José Galindo was born in 1974 in Guatemala City. She has completed residencies with Le Plateau, Paris (2005); Artpace, San Antonio, Texas (2008); and Chateau Třebešice, Czech Republic (2009). Working in the context of a newly democratized society, Galindo has developed a socially and politically motivated practice in which she strives to acknowledge the thirty-six years of civil war her country endured, but also looks forward to a more peaceful and productive future. In her most celebrated work, Who Can Erase the Traces? (Quién puede borrar las huellas?, 2003), she walked barefoot through the streets of Guatemala City, from the Palacio Nacional de la Cultura to the Corte de Constitucionalidad, carrying a basin filled with human blood into which she periodically dipped her feet. The trail of footprints visualized her reaction to the recent news that Efraín Ríos Montt, a former military dictator responsible for the most destructive period of the country’s internal conflict, had been permitted to run for president despite constitutional prohibitions. In this work, the line between Galindo’s body as object and subject was so subtle that the blood covering her feet appeared to be her own; she embodied the war’s victims, taking their blood as hers and appropriating their suffering. She participated in the Havana Biennial (2009); Venice Biennale (2009 and 2011); Sharjah Biennial, United Arab Emirates (2011); Biennial of Graphic Arts, Ljubljana, Slovenia (all 2011); and Cuenca Biennial, Spain (2012). She has received several awards, including the Golden Lion for a Promising Young Artist at the Venice Biennale, and the Grand Prize Award at the Biennial of Graphic Arts, Ljubljana, Slovenia (2011). In 2014, she completed a residency with Künstlerhaus Bethanien, Berlin. Galindo lives and works in Guatemala City.

This IDS lecture is in partnership with The Arts Exchange, which is an internal campaign within the Open Society Foundations (OSF). It provides grant makers and advocates with tools to creatively engage artists and arts organizations in pursuit of open society. It is not a regular OSF thematic program, but rather a small team of experienced artists and curators working actively with program and advocacy staff to enhance open society strategies through socially engaged art. Using a campaigning approach over five years, The Arts Exchange lifts up vibrant examples of art in action, provides hands-on grant making support, boosts experimentation through matching funds and artist fellowships, offers learning labs and ‘creative activism’ trainings, and forges connections among staff, artists, activists, curators, and other donors.