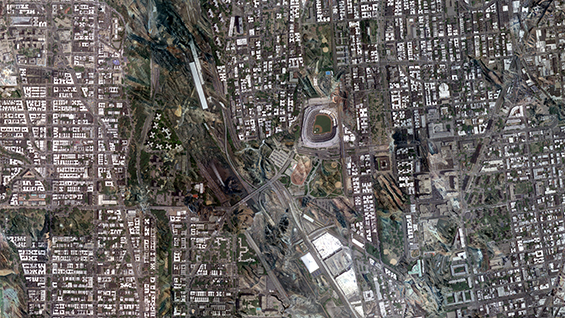 Current technologies are astonishing, frightening, and most of all, strange. However, it takes some effort to see it at all. Technologies exist today as the veiled substrata of what turns out to be fictional realities. Architecture plays a prominent role in the production of such fictions. It will surprise no one to find a building today saturated with advanced technologies but designed to look like a traditional country home from two hundred years ago. Why would we do such a bizarre thing? In response, we might declare that architecture should look more “technological,” but even this would inevitably result in a subtler form of “science fiction” that would hide other maybe less theatrical technologies that evade representation. Are we missing something obvious about technology today? In our struggle to lift the veil, are we unaware of a more important problem?

The lecture focuses on a series of recent projects by Ruy Klein that examine conceptual and practical possibilities that have emerged through their recent collaborations with scientists and technology companies. If we can now print living flesh, or generate limitless energy from the movements of the ocean, or virtualize a human being’s judgment through an AI model, shouldn't we ask the obvious question, “What is the architect's role?

David Ruy is an architect, theorist, and director of Ruy Klein. Encompassing a wide array of experimentation, Ruy Klein’s projects study the mutual imbrications of artificial and natural regimes that are shaping an ever more synthetic world. Widely published and exhibited, Ruy Klein has been the recipient of numerous awards recognizing the firm as one of the leading experimental practices in architecture today. Ruy Klein’s work is in the permanent collection of the FRAC Centre in Orléans, France and has been profiled in numerous surveys of contemporary architectural thought. David received his M Arch from Columbia University and his BA from St. John’s College where he studied philosophy and mathematics. David is currently the Chair of Postgraduate Programs at SCI-Arc in Los Angeles.