From Calligraphy to Type 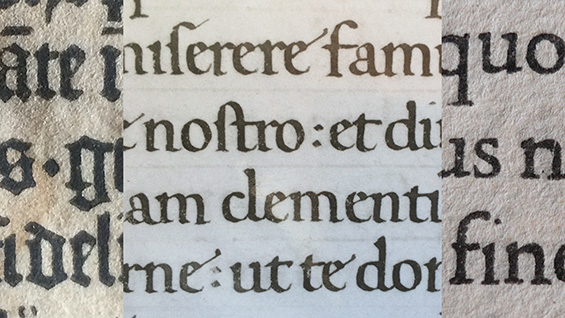 In this free, public lecture Ewan Clayton, the author of The Golden Thread, a history of writing, reviews the evidence for the interplay of calligraphic and typographic understandings at the origins of western type design. Registration is requested.

Over a decade ago Blaise Agüera y Arcas and Paul Needham raised a stir by asking just what did Gutenberg invent? The picture their experimental work painted was of more gradual steps towards the realization of the new technology for casting moveable type than had previously been understood, steps that seemed to show a kind of calligraphic thinking. In recent years more research has also been undertaken on the first Venetian roman types. Manuscripts have been found that show Italian humanist written forms, reminiscent of the printers Jensen and the De Spira brothers early work, and that pre-date them.

Ewan Clayton is a calligrapher and part-time Professor in Design at The University of Sunderland where he co directs the International Calligraphy Research Centre. He grew up associated with a community of craftsmen at Ditchling in Sussex founded by Eric Gill. Ewan has enjoyed a varied professional career working as both a calligraphy teacher and a consultant to Xerox PARC, and he is currently a core faculty member at the Royal Drawing School in London. In 2013 he was awarded the first Karl-Georg Hoefer prize by The Schreibwerkstatt Klingspor for his work in calligraphy and education. His book on the history of calligraphy and typography The Golden Thread is out in paperback this year in the USA and has recently been released in Spanish and Italian translations.