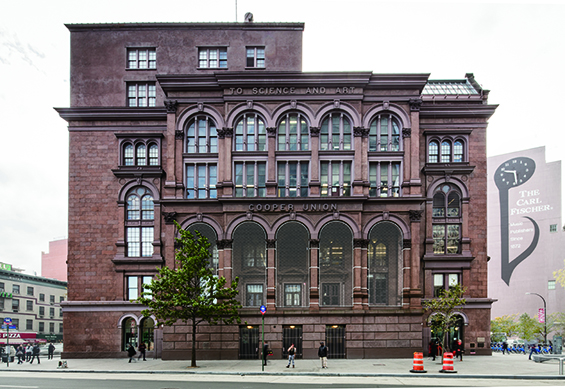 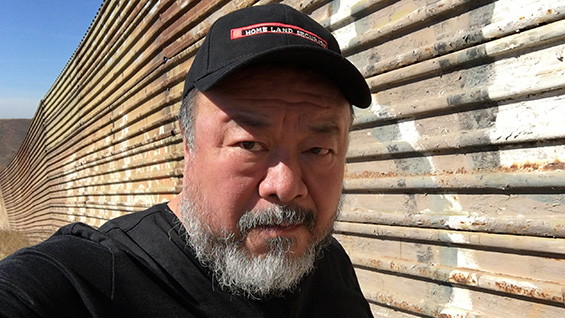 Rendering of one piece in the multi-part Public Art Fund project Ai Weiwei: Good Fences Make Good Neighbors at The Cooper Union for the Advancement of Science and Art, courtesy of Ai Weiwei Studio

One of the leading cultural figures of his generation who is recognized for the artistic influence and profound social impact of his work, Ai Weiwei has built a remarkable interdisciplinary career across a variety of media. He inhabits many roles, including those of sculptor, architect, filmmaker, photographer, writer, publisher, curator, and activist. In each of these outlets he explores the dynamics of institutional power and draws attention to urgent humanitarian crises and civil liberties violations through resonant images and installations.

Ai’s talk at The Cooper Union marks the opening of Public Art Fund’s citywide exhibition Good Fences Make Good Neighbors, and will be the focus of his conversation with Public Art Fund Director & Chief Curator, Nicholas Baume. Inspired by the international migration crisis and current global geopolitical landscape, the exhibition will transform the security fence into a powerful social and artistic symbol with interventions across the city. Taking on monumental sculpture, site-specific interventions on top of and in between private buildings, lamppost banners, and bus shelters, this project engages a diverse range of sites in all five boroughs, including a large scale installation on the North facade of The Cooper Union’s iconic Foundation Building.

Good Fences Make Good Neighbors will be on view October 12, 2017 – February 11, 2018 in various locations across all five boroughs.

For ticket inquiries, please click here. A select number of free tickets will be available to the Cooper community.

Ai Weiwei (b. 1957, Beijing, China) lives and works in both Berlin and Beijing. He attended the Beijing Film Academy and later, on moving to New York (1983–1993), continued his studies at the Parsons School of Design. Major solo exhibitions include the National Gallery in Prague, Czech Republic (2017); Palazzo Strozzi, Florence, Italy (2016); 21er Haus Museum of Contemporary Art, Vienna, Austria (2016); Helsinki Art Museum, Finland (2016); Royal Academy of Art, London, UK (2015); Martin-Gropius-Bau, Berlin, Germany (2014); Hirshhorn Museum and Sculpture Garden, Washington D.C. (2012); Taipei Fine Arts Museum, Taiwan (2011); Tate Modern, London (2010); and Haus der Kunst, Munich (2009). Architectural collaborations include the 2012 Serpentine Pavilion and the 2008 Beijing National Stadium, with Herzog and de Meuron. Among numerous awards and honors, he was granted the lifetime achievement award from the Chinese Contemporary Art Awards in 2008 and the Václav Havel Prize for Creative Dissent from the Human Rights Foundation, New York in 2012; he was made Honorary Academician at the Royal Academy of Arts, London in 2011. He was given the Ambassador of Conscience Award by Amnesty International, London in 2015.