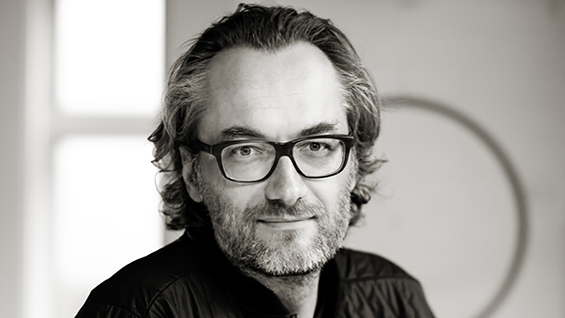 Anders studied at the Royal Academy in Copenhagen (now KADK) before transferring to The Cooper Union, where he graduated in 1991. He was a visiting scholar at Cranbrook Academy of Art from 1995-97 and defended his PhD dissertation at the Royal Academy in Copenhagen in 2004. For many years, he worked between New York and Copenhagen, before settling with his family in Copenhagen, where his practice, Anders Abraham Architects, is based. He founded the M.Arch program in Art and Architecture at the KADK, where he had been professor of architecture theory, design and artistic research since 2010. He served on the board of the KADK until his illness prevented it, and, together with his colleague Peter Bertram and his wife Christina Capetillo, he established the Works+Words Biennale for Artistic Research.

Anders believed in teaching, in thinking deeply and in architecture—in the deepest sense. As anyone who has been his student will know, he was an exceptionally sharp and generous teacher. With a scrutinizing, direct approach, Anders’ comments, suggestions and critiques could not be ignored. They etched themselves into the work and one was often left with an equal amount of gratitude and urgency to produce work that would justify his observations. Clarity, precision and the highest expectations on behalf of architecture made Anders one of the best teachers all of us who knew him had met. In that sense, he was the true successor of his friend and mentor, Raimund Abraham.

Anders made a lasting impression within minutes. His view on architecture as an artistic and constructive discipline was visionary and his willingness to defend it was significant. One had to be prepared to hear the truth, at any time and cost, with Anders in the room. At the same time, he had an eye for the important things in life. He insisted that teaching a theory course with my then 3-month-old baby on my arm was a wonderful idea, because it would be an encouragement for the students to see that children are no hindrance to being deeply invested in architecture. 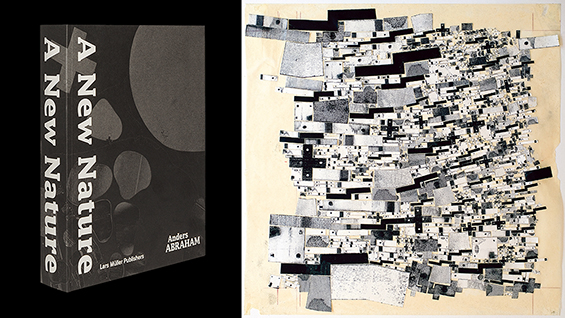 While Anders was an important figure in the academic communities he belonged to, his legacy is first and foremost defined by his own practice. His highly original work on architecture and urbanity might have its early origin in the run-down neighborhoods around the automobile factories in Detroit, but soon developed into reflections on the architectural condition more broadly. He believed that the complex urban condition is our new nature. “Architecture is a condition that builds on relations, because that which matters one day either loses its significance or means something else the next. The city is created in the moment and it has to be central to our deliberations about urban development that we cannot retain the form, but that we can create spatial and social conditions instead,” he said at the release of his book, A New Nature. Anders’ work inspires many and will continue to inform our discipline. We must all act within architectural conditions between solid and liquid.

It is very hard to accept that Anders’ critical practice, thinking, making and teaching have ended much too soon. It was an honor to have known and worked with him, and to be inspired by his special intelligence, talent and great, profound integrity.

Anders is survived by his wife, Christina Capetillo, an architect and photographer, and by his daughter, Nora. 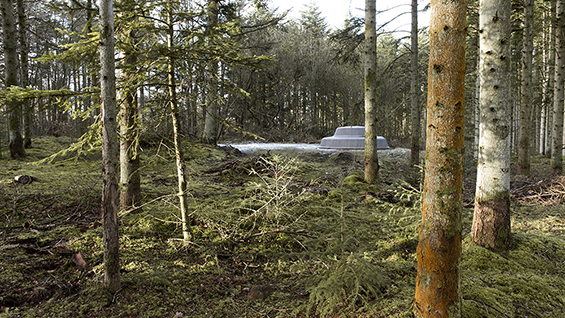 “The hallucinatory effect derives from the extraordinary clarity and not from mystery or mist. Nothing is more fantastic ultimately than precision.” – Alain Robbe-Grillet on Kafka

There are certain figures, who through their life and work, create a new horizon, re-imagine and re-articulate the aspirations of a discipline and, in doing so, become the hope of a generation. Anders Abraham is just such a figure; he set the bar for all of us through his deep intellect, ethos of precision, exploratory mind and generosity of spirit. I can think of no one whose life, work and teaching are more perfectly captured in the above words of Robbe-Grillet; they offer a glimpse of Anders’ immense depth and extraordinary clarity.

Architecture has lost a giant, a shining Cooper Union alumnus, and many, myself included, have lost a great teacher and dear friend. All of us are the recipients of the enormous contributions that Anders created while he was with us, gifts for current and future generations. We must celebrate and honor the extraordinary works and teaching of this extraordinary human being, and do so in the hope of absorbing the remarkable lessons that he created.

Anders and I were classmates in Architecture, at The Cooper Union, in the late 1980’s, both graduating in 1991. We taught together at the school from 2000-2003. Some of his student and teaching work is featured in the Student Work Collection database. Below is something that I shared during a lecture, in 2011, when Anders invited me to speak at the Academy in Copenhagen:

“One day when we were students in the fourth year, I was sitting at my desk in the studio looking across, watching Anders at his desk. He was immersed in drawing: he was bent down with his head very close to the drawing and clearly in such deep concentration. He was holding a compass in his hand, and with an intense calm and focus, he was slowly rotating the compass back and forth on its point, watching the circle it made in the air. You see, the point was planted in the paper, but the carbon side of the compass was not touching, it was drawing a circle in the air just above the paper. This back and forth rotation went on for a quite a while; honestly, it was stunning to witness this. Then, after some time, during one of the rotations something incredible happened. With no perceptible change in Anders’ movement, a circle appeared on the paper. The carbon side of the compass had made a silent transference, leaving a trace of its arc on the paper. Anders continued to rotate the compass in the air for a bit longer, until he stopped and raised it, leaving the drawn circle in the paper. Something occurred in that moment, an exchange between Anders, the compass and the paper, drawing out an arc in time. I have never seen anything like it, before or since. In some way, it opened a gate for me as to what drawing is all about. I will never forget that moment and I thank him for it today." 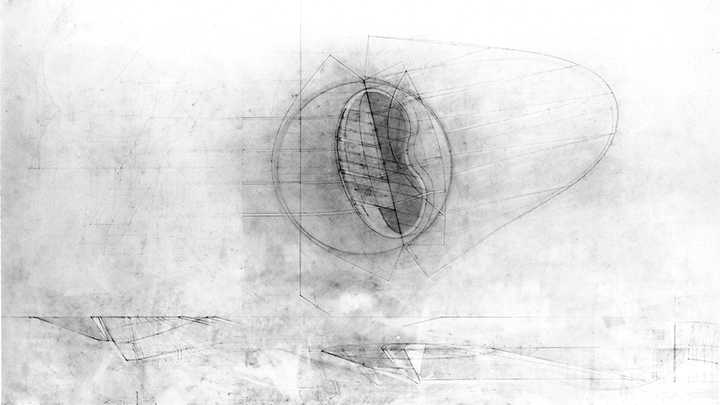 From that early moment of silent exchange between compass and paper over 30 years ago, Anders pursued the deeply human exchanges of life and space. At once archaic and radically new, Anders’ drawings are some of the most stunning manifestations of what is possible in any form or discipline. Through countless marks, moments and movements, Anders explored the incomplete nature of being and the fundamental communications between an architect, his work and the world.

Through the precision of his language, his drawing, his making, Anders manifests the promise of architecture and its social contract, revealing the possibility that space is the other half of us, that space completes us, allowing us to understand ourselves and others. Yes, the social contract is a form of participation and contribution among our fellow citizens, but it is also a contract with space itself, as the other half of us. A contract to embody the widest, most nuanced spectrum of what it is to be human in our reciprocal spaces. To the extent that our spaces embody who we are, our humanity, we are all elevated and find ourselves ‘at home’ in the world.

The works of Anders Abraham breathe life into the fibers of this contract, they embrace architecture as a life-sustaining discipline, an empathetic discipline with a life of its own, reciprocal to ours. Heard in its  own proper beat and measure, the entire body of Anders’ work offers a deeply human sonnet, revealing great mysteries of our being, announcing, as he did with his magnum opus A New Nature:

Where is the architect of this new nature? Where is the architecture with a life of its own, reciprocal to ours? Where do we search for this empathetic architecture with the capacity to embody our humanity? Where are the spaces that complete us, allowing us to understand ourselves and others? Where are the architectures that bring us pause to feel our mortality? I believe these architectures are found within the works and teachings of Anders Abraham. Found in the pages of the book A New Nature, in the questions and works of the students who received the gifts of Anders’ teaching, found in the depth and largeness of being that touched all who knew Anders, found in the light rising over the waters of the North Sea, at sundown.