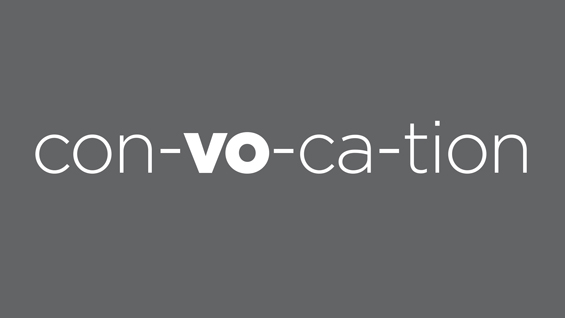 As some of you may know, many of the faculty members have been patiently working alongside me over the summer to open up discussions about the nature of pedagogy at Cooper Union. I think what has been the most important part of this process is the exposure it has offered between disciplines, between ideological camps, and moreover, it has set up opportunities for building bridges between courses, deadlines and projects.

During this process, I learned much about the power of words, and how they may serve us in their precision, and in the care with which we use them. In any architectural project, there is a delicate balance between the physicality of architecture on the one hand, and the words that come to engage a work of architecture on the other, the sum total of which may encapsulate “building ideas”—that is, that forms contain ideas inasmuch as ideas may come in many forms. I am reminded of Foucault’s short essays in Ceci n’est pas une pipe, his playful yet revealing text on Magritte’s painting, and the ambiguous ways in which meaning is rendered – and indeed, the slippery relationship between words and images.

I also learned during this process that, beyond precision, words also require a tolerance, much like a construction joint, if you will: a reveal, a space for mistakes, but also a way in which perfection may be cast even when things do not completely align. What is maybe worse than imprecision is the idea that someone might use the rigidity of terms, or their proposed meanings to construct adversity where there is none. And herein lies a delicate balance I would like to create for this semester: the ability to create debates though our differences, but also to build a space of convergence, of tolerance and of difference such that these necessary frictions can be absorbed by the collegiality of opposing views.

Indeed, as the faculty set out to craft their individual positions, their collective drive towards consensus, and my appeal to them to attempt to draw out a larger narrative for the school at large, I also stumbled across several other realizations.

First, in acknowledging the omnipresence of images and information, the result of the access we have to the Internet—the omnipresence of the hotspot access we have to Wi-Fi if you like—I see these discussions as an opportunity to develop a “cold spot,” a respite for us to think about our project, rather than be pulverized by everything around the clock. From this may emerge a school of thought, and indeed, in this day and age where geography, location, culture and language matter less and less, I think that a school of thought is even more powerful, because it is the one irreducible thing that belongs to this place that no one else has access to in an intimate and immediate way.

Despite this, or maybe precisely because of this, we have all also had to confront our own history at Cooper Union; in all its diversity and intensity, it has had a rich set of characters, debates and biases over the years, but they have been anything but monolithic. To this end, what might be the most dangerous aspect of this proposition is if it is misinterpreted—or misused—to “essentialize” what someone thinks Cooper is, or has been. We are at a critical crossroad now, and the time has come to delve deeply not only in the way we teach, but the way we learn. Part of that teaching process is to bring a certain expertise to the table, but part of the learning process that is its counterpart is to leave room for risk, even if that opens you up to failure. There is nothing more noble than a productive failure in this context. No, it is not an F, as such, but rather the audacity to take on an impossible project, to research it inside out, and to demonstrate the depth of discoveries we make through iteration as the basis for our advancement.

It is here, where we may get beyond essentialization, to leave room for discovery, to become, to transform, and to imagine that we can yet project forth without the necessity of the certainties we inherit from legacies, histories, or conventions. This is not a repudiation of history, nor of our culture, but simply the acknowledgment that part of the learning process requires the gradients of “ignorance”, if only to leave room for the intellectual transformation.