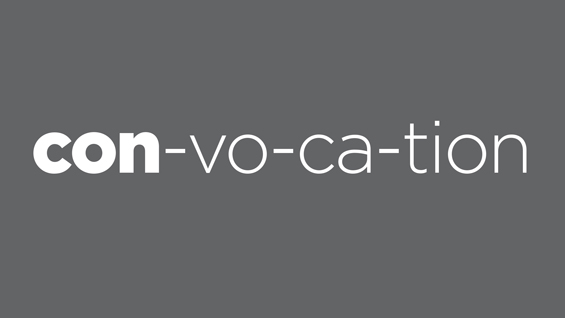 It is my pleasure to bring you all together to launch the new academic year. It is great to see the familiar faces of returning students and faculty, but it’s also a moment of welcoming to the new students—our first year students, transfers, our one-semester guests as well as our new faculty, all of whom promise to bring transformations to the conversation at Cooper. I want to thank Monica Shapiro and Robyn Fitzsimmons for helping to get us launched, with what is a good deal of work over the summer and a marathon session for the registration process.

Our new faculty include Benjamin Aranda, Michael Morris, and Stephanie Lin who are teaching in the first year, Sean Canty in the second year and Maria Gonzalez Pendas in the third year, Powell Draper for Structures IV, John Maass for Construction Management, and Lauren Kogod who is returning to teach thesis in a slightly revised format. I look forward to collaborating with them all closely.

We are looking forward to a great line-up of events this fall. As part of our ongoing collaboration with the Architectural League of New York, we will be hosting Alejandro Aravena on the 22nd of September, followed by Giancarlo Mazzanti, Solano Benitez, and Tatiana Bilbao towards the end of the semester.

This lecture series will be paralleled by our own in-house series, with Mutsuro Sasaki, Tod Williams and Billie Tsien, and Mark West. The student lecture series is also being formed currently, so be on the lookout for some other significant names to this line-up!

More strategically, I have also asked a few architects and scholars to make impromptu visits for talks. On October 25th Lewis Tsurumaki Lewis will speak about their book, Manual of Section. Though this is especially interesting for the third year studio, I think their encounter with analytical drawings should offer critical content for the entire student body. Vicente Guallart and Marcelo Spina will also be joining us for a roundtable of joint presentations in the middle of the semester; both significant advocates of contemporary ways of working, Guallart led the IAAC for many years, while Spina has been teaching in SCI-Arc and running his practice PATTERNS in collaborations with Georgina Huljich.

In tandem with this, our exhibition series as organized with Steven Hillyer, will feature the work of Matsuro Sasaki, who will also lecture on September 19th. In a similar vein, LTL will also be presenting their work on the Manual of Section through an exhibition. In October, we will be opening up the Houghton Gallery to the Spanish Biennale, as it makes its debut in the United States.

Meanwhile, we will also be having a series of pop-up events in the third floor gallery, organized by Lauren Kogod and the thesis students. The thesis projects will offer the opportunity for the entire school to participate in its formation as a public process, as a dialogue amongst students and faculty alike and as a commitment to the discursive nature that surrounds the architectural discipline.

For the first time, the School of Architecture is also transforming some of its pedagogical plans, most concretely in the third year, where we will be expanding the Analysis Studio to include a trip to the very location of the buildings being analyzed—this as an opportunity to envision how these buildings, beyond their architectural description, contain a life that is the result of cultural, social and economic forces that are not readily available to the eye on formal readings. This year, we have selected Mexico City as a trial run and we are lucky to have Maria Gonzalez Pendas, a scholar on the work of Felix Candela, who has written a good deal on the relationship between his work, and the relationship between labor, material availability, and the structural speculations that are part of that work. She has been central to the preparation of this trip, and the expansion of the semester. I have asked the third year students to consider sharing their findings in Mexico City in the form of a lecture for the entire school, upon their return.