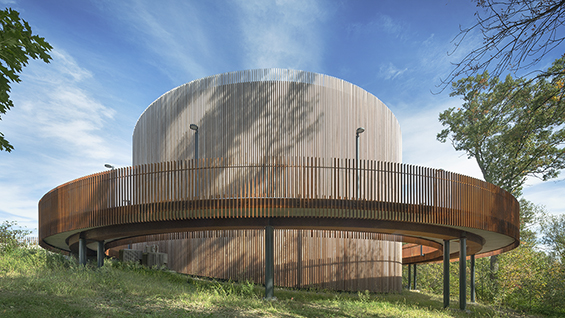 Jennifer Yoos and Vincent James are partners of VJAA. Based in Minneapolis, the firm is known for its innovative approach to architectural practice, to environmental design, and to highly crafted buildings. They are authors of a monograph on their practice published by Princeton Architectural Press as well as their recent book Parallel Cities: The Multilevel Metropolis (2016).

Their practice, writing and research is grounded in the study of how architecture is interwoven with its social, cultural, and material context. The work is experimental, research-based and intentionally diverse. VJAA works at a range of scales, including urban and infrastructural projects to the design of new buildings at a variety of scales to the creative reuse of existing buildings to furniture and installations to books, exhibitions and developing creative research that informs building design.