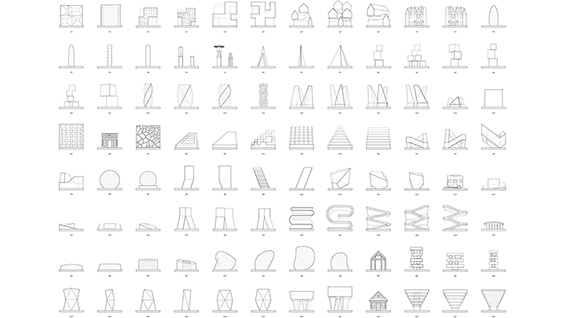 Transcriptions involve acts of more or less transformative appropriation. Various modes of appropriation are as much part of the architectural unconscious as the field’s expectations of novelty. Situating the material from Un/Fair Exhibition and Project_Rorschach, this lecture examines copying, authorship, and other ways we conceptualize the production and transfer of ideas in architecture. In doing so, it also introduces some of the key topics examined in Terms of Appropriation collection of essays, published in December of 2017.

Ana Miljački is a critic, curator and Associate Professor of Architecture at Massachusetts Institute of Technology, where she teaches history, theory and design. She was part of the three-member curatorial team, with Eva Frank i Gilabert and Ashley Schafer, of the US Pavilion at the 2014 Venice Architecture Biennale, where their project OfficeUS, critically examined the last century of US architects’ global contribution. The third of the books planned for this project—OfficeUS Manual—was published with Lars Muller in 2017.  Her Un/Fair Use, exhibit was on the view at the Center for Architecture in New York in the fall of 2015 and at Berkeley University’s Wuster Gallery in 2016. She published two books with Routledge in 2017, The Optimum Imperative: Czech Architecture for the Socialist Lifestyle 1938-1968 and Terms of Appropriation collection of historical essays, which she edited with Amanda Reeser Lawrence.

The lecture is followed by a book-signing of: Terms of Appropriation, edited by Ana Miljacki and Amanda Lawrence.

This event is open to current Cooper Union students, faculty, and staff. The public may RSVP specifying the event title.