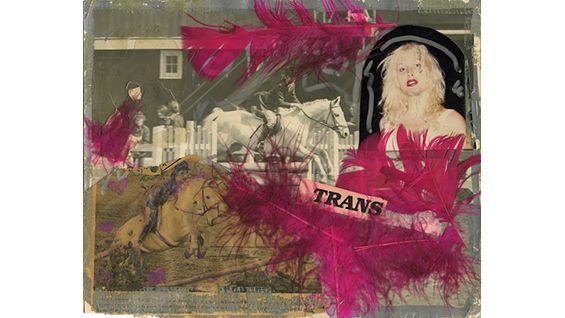 Bring Your Own Body, an exhibition focusing on transgender artists and archives, in partnership with Visual AIDS co-presents a free, public event.

Jeffrey Greene is an artist, musician and curator who spends most of his time in Connecticut’s prisons – organizing and maintaining arts collectives. He co-curated TransEuphoria with Chloe Dzubilo in 2011 at Umbrella Arts in the East Village; TransEuphoria was an exhibition of “gender movers…seeing a truth inside…having the courage to reveal, express and act upon that truth…like faith.” The exhibition was re-installed as part of “Looking Back / The 6th White Columns Annual” at the end of 2011.

Buzz Slutzky is an artist and writer who works in a range of media, particularly in drawing, video, performance, and sculpture. From 2010-2012, Buzz was co-curator of the Pop-Up Museum of Queer History. Buzz has been inspired by Chloe's art and life since attending her funeral in 2011.