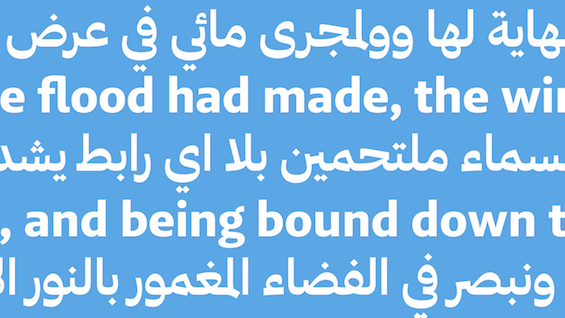 Translating typographic concepts from one writing system to another comes with a set of challenges. Consideration for historic contexts, technological advances, and letterforms all come into play. In this talk, Wael Morcos will share some of his current work at Morcos Key including a series of Arabic Lettering posters, the Arabic version of IBM's latest typeface and the process of designing the Arabic counterpart of Commercial Type's Graphik; a grotesque sans serif with a family of 9 weights.

Wael Morcos is a graphic designer and type designer from Beirut, Lebanon. Upon receiving his BA in Graphic Design from Notre Dame University (Lebanon), he spent three years developing identities and Arabic-Latin bilingual typefaces, in addition to working in print and exhibition design. Wael received his MFA from RISD in 2013, after which he moved to New York and worked with several studios in the city before founding his Brooklyn based practice Morcos Key. Wael has been featured in Print Magazine’s 15 under 30 and was named a Young Gun by the Art Directors Club.

This event is free, but reservations are requested.