Music Legend Wynton Marsalis to Speak in the Great Hall 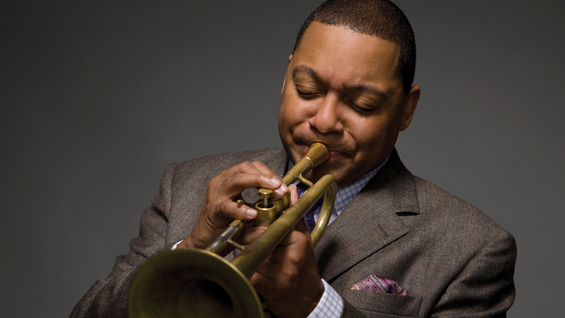 Wynton Marsalis, the internationally acclaimed musician, composer and bandleader, educator, and leading advocate of American culture, will be speaking in the Great Hall on January 17 in a free, public event.

Mr. Marsalis has created and performed an expansive range of music from quartets to big bands, chamber music ensembles to symphony orchestras and tap dance to ballet, expanding the vocabulary for jazz and classical music with a vital body of work that places him among the world’s finest musicians and composers.

His music consistently incorporates the blues, all forms of jazz from New Orleans to modern, swing as the primary rhythm, the American popular song, individual and collective improvisation, and a panoramic vision of compositional styles from ditties to dynamic call-and-response patterns.

Mr. Marsalis’ body of music places him among the world’s most significant composers. His dramatic oratorio “Blood on the Fields” draws upon the blues, work songs, chants, spirituals, New Orleans jazz, Ellingtonesque orchestral arrangements and Afro-Caribbean rhythms—using Greek chorus-style recitations to great effect. The New York Times Magazine said “Blood on the Fields” “marked a symbolic moment when the full heritage of the line, Ellington through Mingus, was extended into the present.” In 1983, he became the only artist ever to win Grammy Awards® for both jazz and classical records; and he repeated the distinction in 1984. In 1997, he became the first jazz musician ever to win the Pulitzer Prize for Music for “Blood on the Fields.”

Mr. Marsalis’ core beliefs and foundation for living are based on the principles of jazz. He promotes individual creativity (improvisation), collective cooperation (swing), gratitude and good manners (sophistication), and faces adversity with persistent optimism (the blues). Wynton Marsalis has devoted his life to uplifting populations worldwide with the egalitarian spirit of jazz. And while his body of work is enough to fill two lifetimes, he continues to work tirelessly to contribute even more to our world’s cultural landscape.

THE BENJAMIN MENSCHEL DISTINGUISHED LECTURESHIP is made possible through
the generosity of the Horace W. Goldsmith Foundation. This highly regarded endowed
lecture series has provided a public platform for some of the most renowned
writers, scientists and prominent intellectuals of our time. It takes place in Cooper
Union’s historic Great Hall, which has stood for more than a century as a bastion
of free speech and a witness to the flow of American history and ideas.