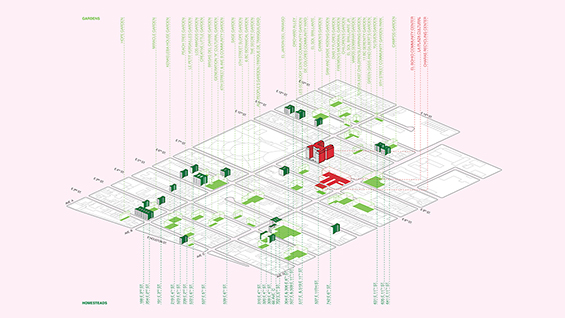 An examination of participatory practices in New York City reveals the critical relationship between real estate and activism. In cities across the United States, in the 1970’s, the devaluation of property created a vacuum of ownership. Vacant lots, storefronts, schoolhouses, factories and abandoned tenement housing in New York City became havens for experimental, communal practices. In her book, Counter Institution (Fordham University Press, 2018) author Nandini Bagchee revisits the spaces where activist groups meet to organize and plan acts of political dissent and collective participation. The counter institution in the title represents both a conceptual and a literal struggle to create a space for civic action in a city that is built upon real estate speculation.

In a talk focused on her research for the book and an ongoing engagement with questions of urban justice and access to the city, Nandini Bagchee will share her methods of documenting and interrogating the history of the Counter Institution. Envisioning spatial practices in relation to physical space is at the core of these explorations. In her capacity as a social historian/architect Bagchee generates timelines and maps that chart out territorial occupations at different geographic and temporal scales to represent the larger reach of the social movements within specific buildings in the geography of downtown Manhattan. Exposition through the mapping of information has long been a part of the lexicon of protest tactics. Using drawings, maps, timelines, and photographs to underline the connections between people, politics, and space, Bagchee offers new ways to imagine buildings as a critical part of the civic infrastructure of activism within the city.

Nandini Bagchee is an Associate Professor at the Spitzer School of Architecture at CCNY (CUNY) and principal of Bagchee Architects. Her research focuses on activism in architecture and the ways in which ground-up collaborative building practices provide an alternative medium for the creation of public space. Nandini is the author of Counter Institution: Activist Estates of the Lower East Side (Fordham University Press, 2018). Her built-work and writing has been published in the New York Times, Interiors Now, Urban Omnibus and the Journal of Architectural Education. She is the recipient of grants from the Graham Foundation, New York State Council of the Arts and the Lower Manhattan Cultural Council. Her research-based design work involves an ongoing engagement with politically active organizations such as the South Bronx Unite, Sites of Conscience, Interference Archive, Cooperation Jackson and the Loisaida Center.