Jonathan Monk: Making it up as I go along, Part I 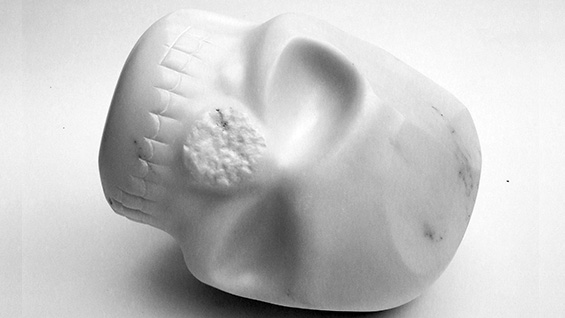 British artist Jonathan Monk (b. 1969) will be talking about 100 works of his, conceived from 1992 to the present. The selection and order will be unknown to him until the presentation. The surprise of each image and work will allow him to draw new and unexpected lines and connections between works and concepts while going along through the random sequence of slides.

The lecture will be recorded, transcribed, and turned into a performance at another lecture occasion by using an exact transcript including all “hmms”, “arrrhs”, “ummms”, questions, and interruptions.

Jonathan Monk was born in Leicester in 1969 and lives and works in Berlin. He has a BFA from Leicester Polytechnic (1988) and an MFA from Glasgow School of Art (1991). He has exhibited extensively throughout the world, notably with recent solo exhibitions at Centro de Arte Contemporáneo (CAC) Málaga, Spain and Kunstraum Dornbirn, Austria (both 2013); Artpace, San Antonio, TX, USA (2009); Palais de Tokyo and Musée d’Art Moderne, Paris (2008); Kunstverein Hannover, Germany (2006); Institute of Contemporary Art, London (2005); and Museum Kunstpalast, Düsseldorf, Germany (2003). His work has been included in many group exhibitions, including the 50th and 53rd Venice Biennales (2003, 2009), Berlin Biennale (2001) and Taipei Biennial (2000). He was awarded the Prix du Quartier des Bains in Geneva in 2012. His works exist in the permanent collections of MoMA (New York), Tate Modern (London), Guggenheim Museum (New York) and Moderna Museet (Stockholm), amongst others.

The Interdisciplinary Seminar was created as a discussion series on artistic practice for the students of the Cooper Union School of Art and the creative community that surrounds them. Lectures are free and open to the public.