The Future of Penn Station 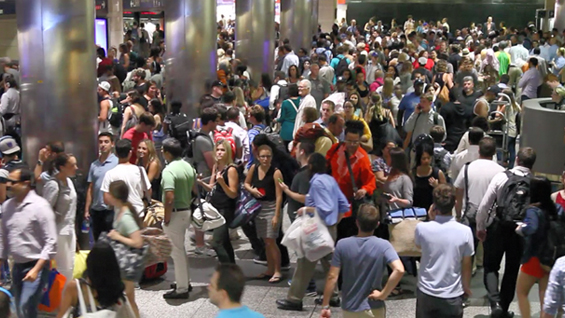 Some of New York City’s leading urban visionaries, architects and planners will discuss how to move forward from the current challenging circumstances of Penn Station. Speakers will look at Penn in the context of the changing West Side, offer lessons learned from rebuilding World Trade Center infrastructure and share perspectives on making Penn easier to use today. Looking to the future of Penn, panelists will address the question: What are the standards of success by which a rebuilt Penn Station should be measured? This conversation will seek to move beyond criticizing the current station and focus on identifying elements of a successful long-term vision.

This event is part of Penn Station 1963 – 2023: A Public Conversation. Since the announcement of intentions to rebuild Penn Station there has been little opportunity for public dialogue on the pending future of the station. This program is designed to help open that conversation. Presentations and a panel discussion by some of New York City’s leading urbanists, architects, and planners will look at the present state of Penn Station and the lessons we can learn from it. Speakers will offer perspectives on ways to make the station more manageable today and how we can move forward from the current challenging circumstances.

Tickets are $10 for general admission and $5 for members of the Museum of the City of New York, New York Transit Museum, the Design Trust for Public Space and the Regional Plan Association and are available here. Tickets are free for Cooper Union students, staff and faculty with valid ID. Proceeds beyond costs will be donated to Cooper Union.