Cooper 2040: MIT & Slavery: The Humanities in the Age of STEM 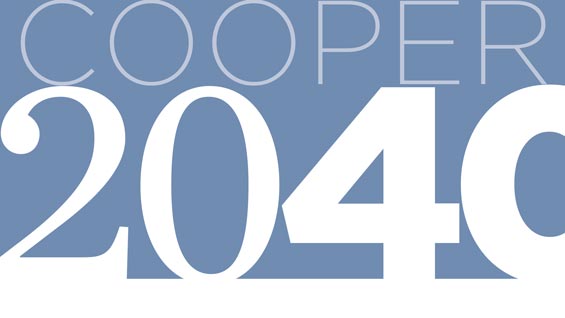 As universities and colleges in the Americas and Europe examine their historical ties to the Atlantic slave trade and slavery, the Massachusetts Institute of Technology (MIT) is commencing research on how technical institutions fit into this past. Hear from MIT’s Craig Steven Wilder and Nora Murphy about their work into an ongoing undergraduate primary-research course entitled “MIT and Slavery.” They will be joined by two of their students, Mahalaxmi Elango and Danielle Geathers, who will share research they conducted as part of the class. Following the talk, Adriana Farmiga, Associate Dean and Adjunct Professor in the School of Art, Nada Ayad, Assistant Dean in the Faculty of Humanities and Social Sciences, and Kit Nicholls, Director of the Center for Writing, co-moderate a discussion of how such projects influence and challenge the traditional curriculum.

The event is open to current students, faculty, and staff.

Craig Steven Wilder is the Barton L. Weller Professor of History at MIT. His most recent book is Ebony & Ivy: Race, Slavery, and the Troubled History of America’s Universities (Bloomsbury, 2013), which won multiple book awards. His research has helped to get several dozen colleges and universities to publicly acknowledge and investigate their historical ties to slavery and the slave trade.

Nora Murphy is Archivist for Researcher Services in the MIT Libraries’ Department of Distinctive Collections where she has worked since 2000. She runs the reference services and reading room, prepares and participates in instruction sessions for MIT classes, and coordinates all aspects of outreach at the Institute Archives and Special Collections. She has worked with many different classes while at MIT, but most intensively with the “MIT and Slavery” class.

Mahalaxmi Elango is a senior majoring in Electrical Engineering and Brain and Cognitive Science, and the president of the MIT Undergraduate Association (student government). ​She was in the first "MIT & Slavery" class during academic year 2017-2018. Mahi researched the early curriculum of MIT--the very origins of the MIT motto, "Mind and Hand"--as it took shape in the first decades after the Civil War, and helped to establish the legacies of slavery and the dynamics of race in that nascent intellectual and academic cultures.

Danielle Geathers is a sophomore majoring in Mechanical Engineering and minoring in African and African Diaspora Studies, and the diversity officer of the MIT Undergraduate Association. She was in the second "MIT & Slavery" class during the 2018-2019 academic year. Danielle's research focused on early MIT students' ties to slavery, and dramatically expanded our understanding of the students who came to MIT in its first decades.