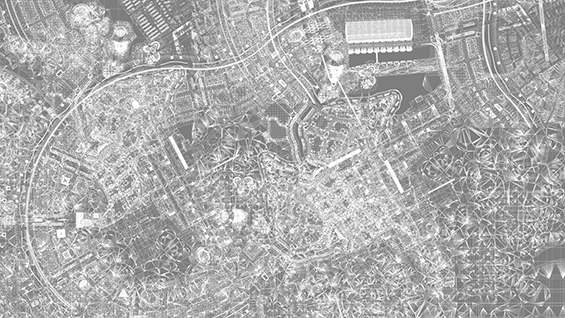 Speculative theories of ‘the future city’ have long been laboratories for architectural experimentation – embodying the utopian hopes and crystallizing the dystopian fears of each succeeding generation of designers and urbanists. These theories have in turn (for better or worse) informed long-term evolutions in how cities are built, expanded and inhabited. What are the conceptual urban strategies that architects are using to design, expand and retrofit the cities of today (and tomorrow)? What is the role of architecture in city design, at a moment when over 50% of the world’s population now lives in cities, when developing countries are urbanizing at an incredible rate, and when established cities are re-imagining themselves? What new analytic and design techniques do we, as architects, have that are enabling us to innovate in the realm of urban design?

Elie Gamburg is a Director at Kohn Pedersen Fox with over 15 years of experience. He has led the design of projects in the United States, Asia, Europe, India, and the Middle East. He has experience with a variety of program types including academic, commercial, institutional, mixed-use, master planning, residential, and retail. Urban design projects include completing Boston’s 9.5 million-square-foot Seaport Square "Innovation District" Master Plan, New Songdo City in Korea, and a study for The QNS, a new subway line in Queens. Speculative research includes “Driverless Futures” a study for implementing autonomous vehicle networks in New York. Architectural projects include: Boston Echelon, the largest private development project building in the city since 1965; the Royal Atlantis in Dubai, the centerpiece of the city’s 2020 expo; a deployable façade system for Michael Kors, currently used as their standard globally; the headquarters of Harbin Bank in China and Citbank in India; PKU’s School of Transnational Law in Shenzhen, and a new campus NYU in Shanghai.