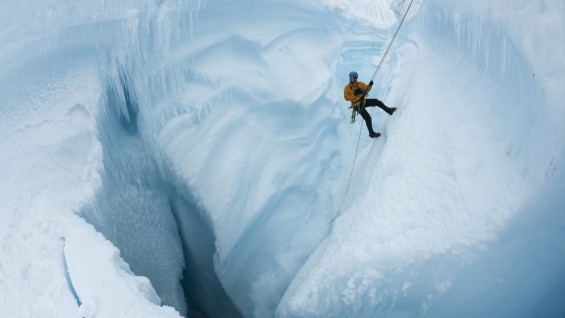 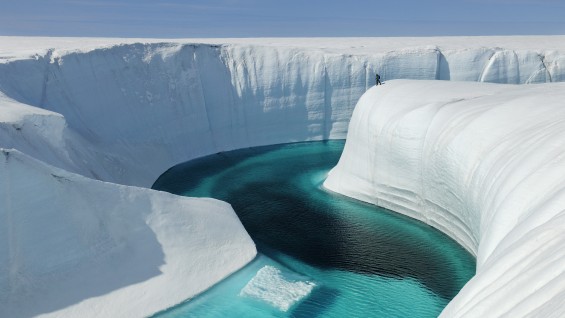 In the spring of 2005, acclaimed environmental photographer James Balog headed to the Arctic on a tricky assignment for National Geographic: to capture images to help tell the story of the Earth’s changing climate. Even with a scientific upbringing, Balog had been a skeptic about climate change. But that first trip north opened his eyes to the biggest story in human history and sparked a challenge within him that would put his career and his very well-being at risk.

Chasing Ice is the story of one man’s mission to change the tide of history by gathering undeniable evidence of our changing planet. Within months of that first trip to Iceland, the photographer conceived the boldest expedition of his life: The Extreme Ice Survey. With a band of young adventurers in tow, Balog began deploying revolutionary time-lapse cameras across the brutal Arctic to capture a multi-year record of the world’s changing glaciers.

Filmmaker Jeff Orlowski most recently served as director, producer, and cinematographer on the Sundance Award-Winning film, Chasing Ice. Orlowski’s feature length documentary was invited to screen at the White House, the United Nations and the United States Congress and has captured over 30 awards from film festivals around the world. It went on to receive an Academy Award nomination for Best Original Song, and has screened on all seven continents.

As founder of Exposure Labs, a production company geared toward socially relevant filmmaking, Orlowski, 29, has served as director and producer of short film projects and online/broadcast commercial work. His clients have included Apple, General Motors, Stanford University, Blackboard, and the Jane Goodall Institute. His work has aired on the National Geographic Channel, CNN and NBC and has been featured in The New York Times, The Wall Street Journal, Time Magazine, NPR and Popular Mechanics. He has traveled on tour representing the Sundance Institute, President Obama’s Committee for the Arts and Humanities, and the National Endowment of the Arts, and he is currently juggling more projects than he knows what to do with. He lives in Boulder, Colorado.

This screening is part of the Climate Change Film Series hosted by The Cooper Union Institute for Sustainable Design. It is free and open to the public: first come, first seated.

The screening will be followed by a casual reception.