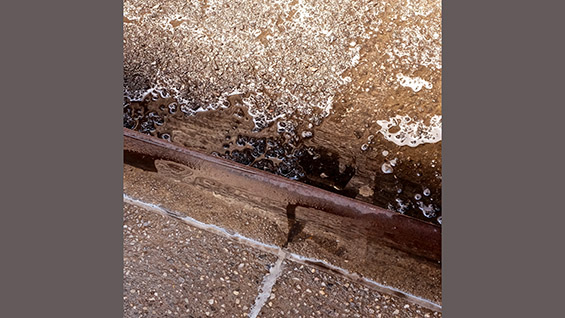 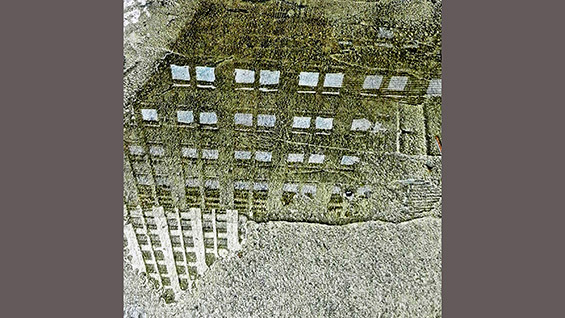 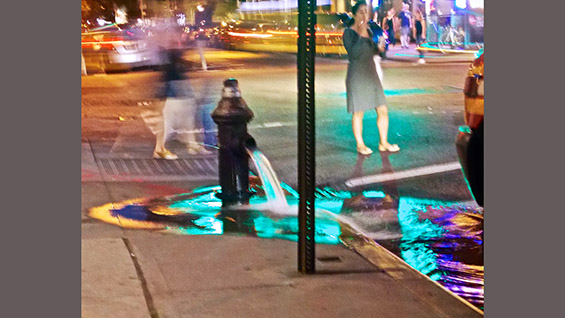 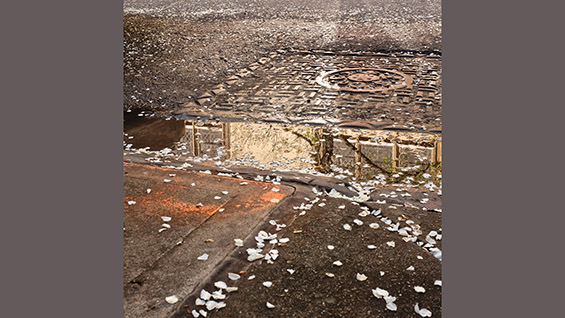 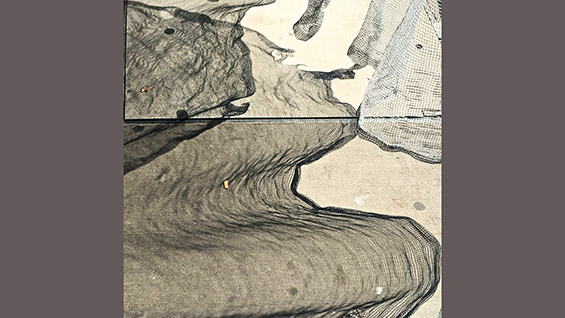 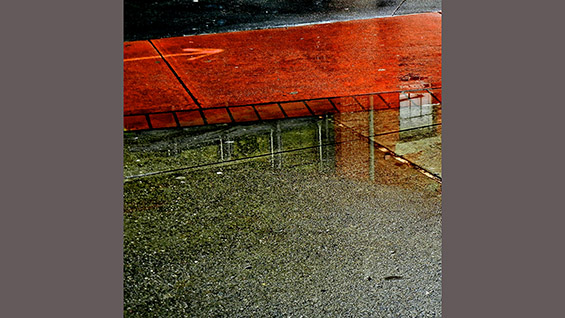 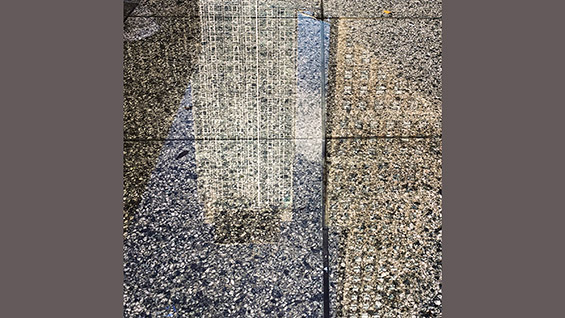 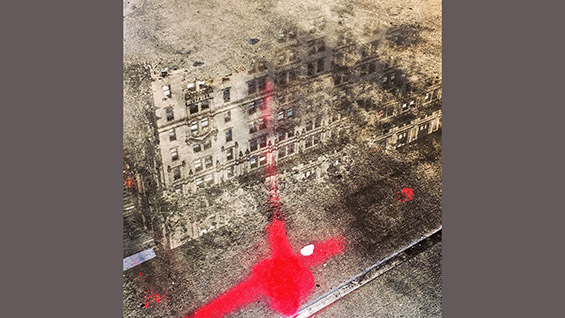 In a recent review of the new Stephen Shore retrospective at the Museum of Modern Art, Deborah Solomon claimed that “iPhones have turned most everyone into a wandering photographer of medium-to-low talent.” A notable exception to Solomon’s pronouncement: Linda Pollak, adjunct professor and a highly accomplished architect, who for years has made her street in Tribeca the subject of a photographic practice that takes the notion of “street photography” to microscopic depths. Her images are close-ups of sidewalks, asphalt, or gutters framed in ways that make them unrecognizable as functional elements of a streetscape, transforming them into abstracted essays in color and texture.

“No one focuses on the ground,” Ms. Pollak said at a recent tour of her exhibition at The Cooper Union. “The materials of the street and sidewalk aren’t protected (e.g. In the historic district of Tribeca), but they contribute to what makes a neighborhood or city beautiful."

Entitled “Atlas of (In)visible Spaces,” the exhibition came about after Dean Nader Tehrani, having seen her work posted on Instagram, urged Ms. Pollak, who has been the recipient of myriad awards including the Rome Prize, to take her photography “out of the ether” as he put it and exhibit some of the photos as prints in a physical exhibition. It was a big step, Ms. Pollak said, since she has no formal training in photography. Thinking about how to organize the work was daunting. Working with Steven Hillyer and Lea Bertucci in the Architecture Archives, who printed the images, Ms. Pollak played with the photos' arrangement and size, to reveal different patterns and affinities.

Her aim in taking the photographs and in exhibiting them is to expand and invite people to consider the notion of urban nature. “When you mention ‘nature’ people think of parks or green spaces.” But natural forces and phenomena are present throughout the city, even if difficult to detect. Looking at Ms. Pollak’s photographs, for instance, you’re reminded that New York is indeed an island: many of the photographs depend upon the presence of water that reflects nearby buildings, distorting and truncating them to make impressive and unfamiliar landscapes, sometimes shocking in their colors. She takes the photos with her iPhone and does little editing of the images.

The ground plane, Ms. Pollak notes, “is everywhere, but has no [legal] protection, in terms of historical preservation,” Vault lights —those thick circular lenses that provide light to basements of cast iron industrial buildings—make an appearance in a number of Ms. Pollak’s photographs. Because of their shape and reflective surfaces, they work as a counterpoint to the grit of asphalt and the unpolished metal of gutters and manholes. But when Ms. Pollak notes that the famed restauranteur, David Bouley, “takes good care of the vault lights” at the Mohawk Building, it’s clear that her concerns are not aesthetic alone, but also engage civic responsibilty. Not surprising for a designer whose talents have often been put towards buildings and spaces used by the public.

Ms. Pollak compares her photography to the bicycle-and-pedestrian-friendly public space at Queens Plaza that she and her partner and husband Sandro Marpillero helped design. “That was like an earthworks, a tremendous scale. But taking photos is a kind of archaeology.”