A tribute to Michael Sorkin requires words, the very instruments he crafted with meticulous discipline and mischievous delight—alas, something none of us can do justice to with any measure of parity.

I followed Sorkin’s thinking from his early days at The Village Voice, where he served as its architectural critic, the very same years he taught at The Irwin S. Chanin School of Architecture of The Cooper Union. I was still a student at the time, but his articles were an event to which we all looked forward, each taking on the canons and conventions of the discipline. For a decade, from 1983 to 1993, he taught alongside all the classic thinkers who we know to be The Cooper Union—among them Diana Agrest, Raimund Abraham, Diane Lewis, Anthony Candido, Richard Henderson, Michael Webb, Ricardo Scofidio and of course the dean, John Hejduk. While he taught in the second and fourth year studios, as well as Thesis, he was already beginning to build his intellectual arsenal around the theme of urbanism, the very topic that launched his first semester at our school—a seminar on Town Planning. His focus on the environment, sustainability, the politics of public space and urban culture, as well as his critique of modernist urban planning became the cornerstone of his efforts to come—both in teaching and his practice, Terreform and Michael Sorkin Studio.

A graduate of MIT in 1974, Sorkin’s thesis, titled “Some Impressions of the Department,” was a reflection not only on MIT pedagogy, but on architectural education in general. His interest in teaching methodologies led him eventually to The Cooper Union, where the “education of an architect” was the very preoccupation of the school. His continued emphasis on pedagogy led to his many academic appointments, among them at Harvard’s GSD, Yale, the Architectural Association and, of course, The City College of New York. The work of his own students was a testament to his legacy. With the new Cooper Union Student Work Collection database, some of it can fortunately be accessed here.

An architect, critic, teacher and polemicist, Sorkin understood the delicate and complicated relationship between images and words. His practice displayed this dual commitment through a preoccupation with representation at large, both visual and literary. His architectural projects were composed as polemics, imagining projected worlds, visions and futures that defied the very conventions with which he was confronted in the profession. Still, it was his command of language and mastery of rhetoric that made him the eloquent architect he became. Words flowed seemingly effortlessly with incisive precision, belying the actual intellectual efforts that preceded his theoretical labor. He reminded us that ideas come in many forms, but moreover that they do not exist outside of the medium in which they are communicated. His words were the instruments of his ideas and he demonstrated that his ideas relied on the very lexicon he was able to manipulate. He made us love language and the allusive nature of meanings, references, and the worlds of associations they impart. 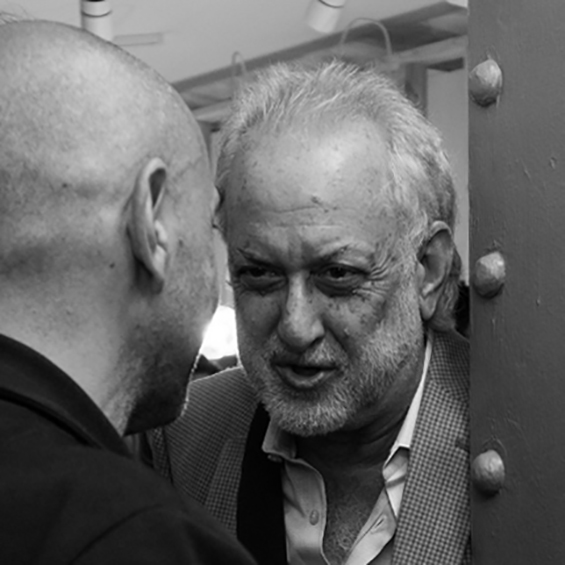 A champion of the city and the social vocation of architecture, Sorkin’s life was cut short, the result of complications from the Coronavirus; ironically, the very phenomenon that has taken our access away from the city, and our ability to congregate, is the very same thing that has led us back to language to unite us in communication. Both of these worlds belong to Michael Sorkin, and lamentably, we will not be able to enjoy his last words on the city, evacuated as we know it today.