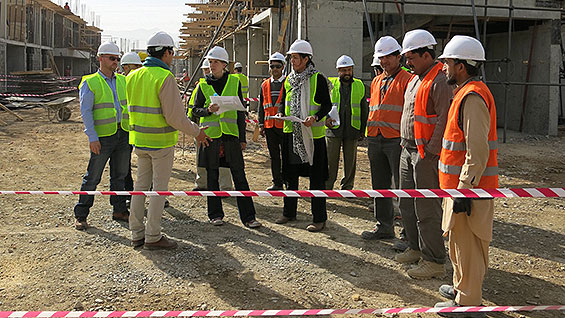 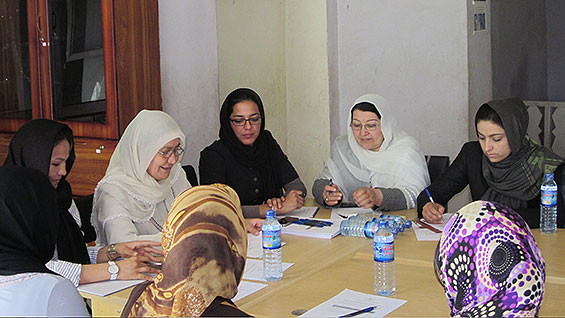 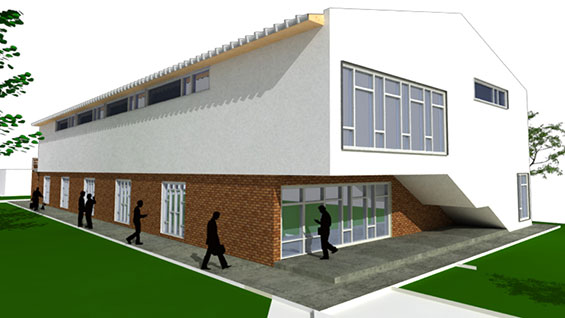 One year ago Koukaba Mojadidi (AR'01), a fully licensed architect running her own private practice in New York City, decided to pursue her career elsewhere. But she did not go to San Francisco or Chicago or Paris, France. She went to Kabul, Afghanistan in what felt to her like the next logical step in her career. We had an opportunity to speak with her, via Skype, from the international aid compound where she lives and works to find out more about her remarkable decision, what she does there and how The Cooper Union prepared her to work under some of the most challenging circumstances an architect could face. 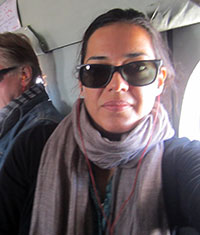 Born and raised in Jacksonville, Florida, Koukaba Mojadidi (pronounced KOW-kah-bah mo-jah-DID-ee), grew up in what she describes as a very conservative, religious Afghani household with her parents and three other sisters. Crossing her home threshold was like "entering another world," she says, where she could only speak Farsi and had to live by the strict rules set by her parents. They had settled permanently in the U.S. during the mid-1970s when the rising communist influence in Afghanistan began interfering with their medical careers. Even though the culture at home may have been traditional Afghani, this did not mean limitations on education for Ms. Mojadidi, who went to an arts high school and transferred from the University of Florida to The Cooper Union's Irwin S. Chanin School of Architecture. "Letting me come to New York to study was very profound for them," Ms. Mojadidi says.

After graduating, Ms. Mojadidi began working at the Solomon R. Guggenheim Museum as part of a crew that managed installation construction in the famous Frank Lloyd Wright atrium. The attacks on September 11 occurred not long after her start there, beginning a chain of events that would eventually change the direction of her life. "For better and for worse September 11 put Afghanistan on the map for people in the U.S.," she says. "It was very strange at the time, living in the Bronx and having to explain to total strangers about Afghanistan while doing my laundry, for example. That ignorance was somewhat unnerving. Here I was living a normal, anonymous urban life and then all of a sudden I had to be a spokesperson." (She later submitted a design to the memorial competition.)

Ms. Mojadidi continued along the path of a professional architect in New York, working for various building and construction firms and eventually starting her own private practice in 2010. But something was missing. "Working as an architect you are so committed, working nights and weekends and for me it wasn't satisfying," she says, "Even though building in New York means you learn the most advanced technology and can procure any thing you need the people involved were always interested primarily in how much money they were going to make. I wanted to transfer my skills to building spaces that fulfilled a need. I got my license in 2011 and felt that once I had that I no longer necessarily needed to be in the U.S. and working abroad would be a good change."

She decided to explore the opportunities in Afghanistan where her father had been returning frequently to work in OBGYN clinics. (A film about him and his work aired on PBS in 2007.) After going on some "fishy" interviews in a country famous for its corruption she found a job as International Architect for the Emergency Development Infrastructure Department (EDID) of the International Organization of Migration (IOM). "The IOM works to bring displaced people back to their home countries, to reintegrate them," Ms. Mojadidi says. "Within that, the EDID is a design and building program for community stabilization. Because once you bring people back there has to be some infrastructure that encourages people to stay and develop a community." Aid groups and some international governmental agencies fund the projects. 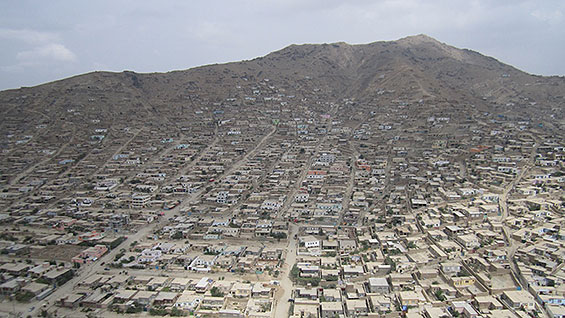 Kabul, Afghanistan from above

The projects she works on include hospitals, midwife training centers and teacher-training centers, located around the country. At present Ms. Mojadidi is Project Manager on a multi-building campus in Kabul for the Police Staff College. "The most interesting part is building buildings that people truly need," Ms. Mojadidi says. Many of the projects focus on the needs of women. In the Faryab province local women wrote a series of letters to the Norwegian embassy asking for an assembly hall. The embassy funded the project and Ms. Mojadidi and the EDID were contracted to work on it. "We went to the province and met with the women of the surrounding areas. They came from miles around through very rough areas. We worked with them to discover what their needs were and develop a scope of work. It is an assembly hall for over 200 people that will provide the first space for women to gather to express themselves."

Security is always a concern. "Some parts of the country are better and some are worse," Ms. Mojadidi says. "Bamyan province, for example, is very peaceful. You can walk down the street and feel like things are relatively normal. But you cannot drive to Bamyan. The threat is always on the road. They are looking for international workers, including aid workers. Even our national staff that travels between projects will leave all their ID at home. If they are found with any trace of information that they are working for an international organization, they are just killed there on the spot."

But security is not the only challenge. "No matter how much you know about your profession, throw away fifty percent of it in this context," Ms. Mojadidi says. "For example here the construction industry has only been around for three years. It is a very new industry. This environment is chaotic and all about problem solving. You are trying to create an industry standard that includes all the requirements of quality and assurance in your building while also creating a capacity with your national staff and your contractors."

Her education at The Cooper Union prepared for this new life in ways she may not have appreciated at the time. "The Cooper program was a grueling, exhausting, kick-your-ass program that taught me everything I know. You really experience the depth of how far you can push yourself intellectually and physically. The demands of the curriculum year after year force you to constantly push to formulate your own ideas and represent your ideas in front of varying kinds of people, including very strong personalities. That kind of thing starts to make something out of you."

Koukaba Mojadidi has turned those skills toward making a war-ravaged country into a functioning, modern society. Her efforts have even gotten her attention from NBC news.  "It's not always about how much you have but how you use what do have and who it benefits," she says. "It's what you can provide using the limited resources that you have. This was a huge unknown for me but I just wanted to be productive. Every thing I have done has led me up to this new position and work. It has been very fruitful and very exciting to make such a big change in my life."