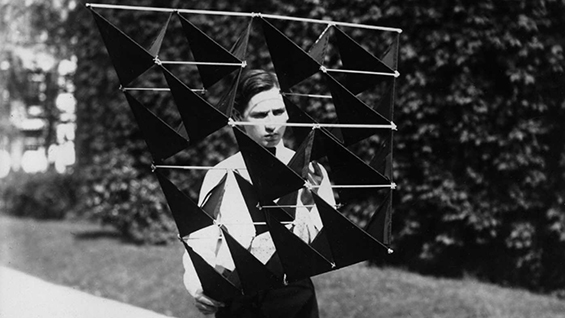 This exhibition provides a brief visual survey of the tetrahedral kites developed by Alexander Graham Bell at the turn of the 20th century. At Beinn Bhreagh, his estate in Baddeck, Nova Scotia, Bell guided a team of skilled engineers and fabricators as they systematically probed and documented the performance of a diverse, imaginative array of kite designs. While Bell’s work resulted in technical innovations that advanced early aviation, his massive kites and aerodromes were unsuccessful in powered flight. Their development, however, led to Bell’s discovery of tetrahedral trusses and space frames decades before their widespread adoption by architects and engineers.

The Irwin S. Chanin School of Architecture
The Cooper Union