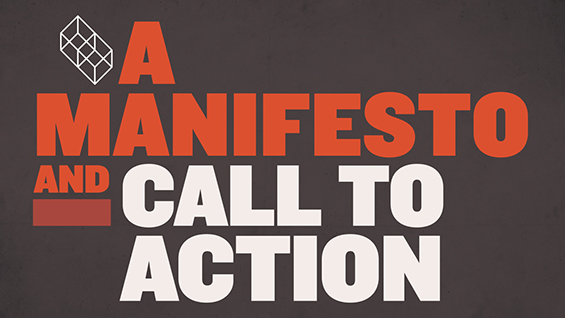 SUBMITTED BY THE ANTI-RACISM TASK FORCE OF THE IRWIN S. CHANIN SCHOOL OF ARCHITECTURE

As Architects, we hold a precious and critical space for how social imaginaries evolve, are reflected and contested. This delicate space ideally seeks to balance the poetic and the pragmatic, intangible virtues and tangible deliverables of “dwelling,” and requires an ongoing dialogue with society and the multiplicities and particular roles of architecture. We are collectively seized with the matter of contributing toward true social justice, through the vehicle of architecture, architectural thought, empathy and a profound belief in the power of creativity to unlock and lubricate the stymied wheels of social progress.

As architects we are not the sole arbiters of the built environment, but we are complicit in the perpetuation of the structural injustices when we give credence and expressive agency to power configurations that exist at the expense of others and when we are uncritical of the injustices which allow certain architectures to thrive in the real or imagined world.

The Black Lives Matter movement and its associated articulations are not a new cry for social justice; they are one of many waves of struggle, extending back centuries, but it is our wave, it is our struggle. The baton is firmly in our hands. Racism is a wicked problem, interwoven with capital, political structures and the very founding material of the Republic. As much as democracy is not an event, but a lived practice of diligence, oversight and rigor, so too must our fight against Racism be, in all its deceptive and surreptitious forms, and in so doing we may build a new edifice on the ashes of the old.

We seek a world beyond the narrow confines of racism, but one which celebrates our diversity as critical ingredients for the social imaginary of a progressive world. We are anti-racist, but unashamedly and even more so, pro-humanist—but to achieve that we must measure, frame and understand the ways in which racism conceals itself through our pedagogy, our canon, what we celebrate as virtuous and what we condemn.

We embrace the unfamiliar path that lies ahead. Our struggle is as much institutional as it is personal. We are modest about our capability to change the world, but we are bold enough to assert our right to attempt to do so. We are cautious about our certainty in this moment, but we are determined to discover a better way of being. This is why we are architects.

Context: In July 2020, students, faculty and alumni of the School of Architecture of The Cooper Union formed an ad hoc task force to propose positive actions to dismantle structures of racism and injustice in our institution. We were inspired by the “Collective Student Letter on Fostering an Actively Anti-Racist Institution” and the Zoom Town Hall following the collective grief and outrage over the murder of George Floyd and the subsequent Black Lives Matter protests. Taking into consideration the distinct authority and spheres of influence of four tiers of institutional power at The Cooper Union, this Task Force presents a Framework for Partnership and action items at each of those levels: 1. Individuals and Small Groups; 2. Formal Committees and other Institutional Entities; 3. Deans; and 4. The Administration and Board of Trustees.

To view the full document—A Manifesto and Call to Action to Build a Cooper Union Free of Racial and Social Injustice—please click here.