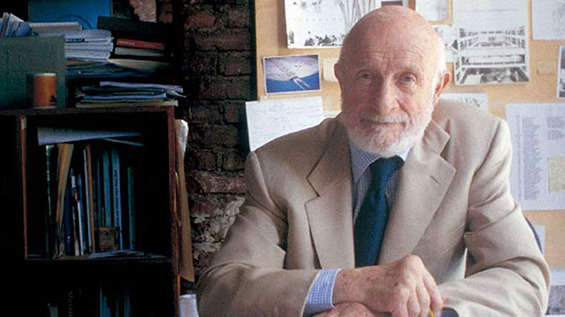 It's a sad day for the world of architecture hearing of your passing today, at 92, from the Corona Virus.

Now the discovery begins for those who don't know you, of your incredible mind and blazing energy theorizing, writing, lecturing and teaching about architecture's, and the architect's fundamental role to provoke and advance modern society. In Italy, you, Tafuri, Battista, Rossi and Aymonino, were its unequivocal leaders and believers, unstoppable in your devotion to The Cause. "La lotta continua."

You lived and breathed Architecture: shuttling from your practice to your professorship, traveling from Milan to Barcelona after winning the 1983 competition for the redesign of the 1992 Olympics stadium.

What a privilege to have worked in your studio from 1982 thru 1984, a "straniero" and recent graduate of Cooper Union. The memories of working in the converted horse stable, attempting to speak Italian with my new colleagues, and the endless nights inking floor plans of the stadium seating  - "old school" style - laying down lines on huge mylar sheets with a 4-foot beam compass - with absolutely no room for error!

The greatest memories, however, will be of the extended lunch invitations to dine, respectively, with Reyner Banham, Cesar Pelli, and John Hejduk, at your ancient Roman villa in the center of Milan. You were the editor of Casabella magazine at the time, needing my help to converse with them in English - an opportunity that could have only come down from a Higher Power. Or had the whole thing been dreamt? Not to be forgotten was the time translating to Kevin Roche his introduction at one of your many lecture series.

I will miss you, Vittorio. You were a guide, a mentor, at times a father figure. Kahn said Architecture is light materialized. You were one of its illuminators.