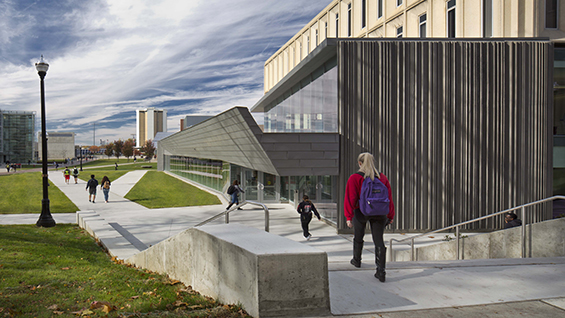 Cooper Alum, Laurie Hawkinson (AR ’83) has just been appointed to the NYC Public Design Commission, New York City’s design review agency. In mayor Bill De Blasio’s announcement, he stated; “Laurie’s years of work designing projects for a wide range of clientele, both domestically and internationally, as well as both privately and publically, demonstrate her expertise in the field”. In this position, Ms. Hawkinson will oversee proposals for permanent works of architecture, landscape architecture and art on city-owned property as part of an 11-member council.