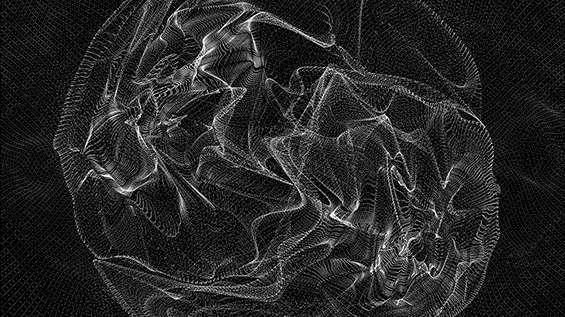 The Body: Corporeal Boundaries and Spatial Intersections
The subject of the body has deep roots in Western architecture theories from the texts of the Renaissance reading of Vitruvius. From Alberti to Francesco di Giorgio Martino and Filarete, the body has been a referent, a tool, and a construction in which the body (of man) is both a rhetorical construction having perfect proportions and harmony, and an embodiment of nature and thus God, consistent with the transfer of the center from God to man. We can fast forward to the culture of disembodiment brought about as a result of cybernetics, information, mediatization, and, in general, virtual reality, in a world that becomes a simulacrum and in which the body becomes in its many forms of representation a simulacrum itself.

In the long stretch in between there are all forms of architectural constructions of the body from Ernst Neufert's "Architects Data" of 1936 to The Modulor by Le Corbusier of 1945 and 1955, or the implied control of the body in the earlier Radiant City of 1930 through the question of healthy bodies through sun, air, and open space. One could certainly say a lot about these narratives of control of the body in space related to the body as such as a machine in a prevailing technocratic ideology and the body as a tool for consumption and control of the space of habitation. But while these are meant to be social tools, one could still ask, what body is the body in question?

And then there is the question of the places and spaces affected by and/or affecting the body and the modes of control such as the institutions famously studied by Michel Foucault in History of Madness and Discipline and Punish: The Birth of the Prison and the dimension of pleasure in The History of Sexuality. But again, what body? The question is that of difference as opposed to the universalization of an abstract (male) body. Differences of all kinds, starting with questions of sex and gender which touch on the most profound forces that travel through fluids and synapses traversing the whole body via billions of possible routes, rhythms, and outcomes, each unique. And all this contained in the counterintuitive package of a ridiculous structure holding organs like a Christmas tree submerged in a fluid medium and all wrapped up in skin!!

But this body is affected if not completely determined by socio-political, economic, cultural, and ideological environments and enacted in diverse places and modes of habitation. This brings us back to the question of what bodies are we talking about and where are these bodies?

Or one could look at the body, in its corporeality and the pushing of the limits of the body itself as in athletic activities and competitive sports, becoming at once actors being the subject of the spectacle, as in the Olympics, rock climbing or cave explorations. Or the overcoming of its boundaries through the means of possible extensions, from those related to the senses to parts of the entire body through the possibilities afforded by constantly changing and advancing technologies that have expanded from the mechanical to the digital. All forms of prosthetic devices, some remedial and some just expansive, per se,  become actually cyborgs as Donna Haraway so vividly prognosticated.

This studio critically explored the different ways in which the body as an object of study can be interpreted through the intersection of its own boundaries with different spatial conditions, discourses, and disciplines. This exploration was developed in different contexts, new narratives and potential conditions through which a process of transformation unfolds.

These M.Arch II projects simultaneously addressed the specific object of study as described above and its relation to architectural discourse today.

Two series characterize NASA spacesuits: hard and soft shells. These shells echo forms of body protection throughout history—the armor protecting a man’s body in conquering the world, and women’s underwear conforming to aesthetic biases towards the female body. Ironically, the essential underlayer of the hard assembled spacesuit—the latex bladder layer filled with oxygen—was developed and produced by a manufacturer of latex girdles for women, combining the soft, intimate layer and the rational life support system. The astronaut within a spacesuit recalls a fetus within the womb of the female body.

Following an examination of the relationship between different spacesuits and the human body, this project proposes a transformation towards the creation of an artificial womb that would help overcome pregnancy impediments and be equally used by women and men. This prosthetic, flexible womb connecting the wearer’s blood stream and other systems to the fetus would provide the necessary physical and emotional connections. In the near future it might also be used to procreate in outer space.

Space of Bodily Energy: The Case of Tai Chi

In Chinese philosophical texts Taiji is understood to be the highest conceivable principle, that from which existence flows, the “supreme ultimate” from which yin and yang originate; tranquility and movement, which in alternation become each other’s source. This project is a reading of Tiaji and its philosophical theory revealing the otherwise invisible space created by the forces of energy in its enactment projected or absorbed by the body following the yin and yang theory. Taiji underlies the practical Taijiquan—a Chinese internal martial art based on the principles of yin and yang and Taoist philosophy, and devoted to internal energetic and physical training. In this project, through a series of different drawings and modes of representation, the complicated movements of Taijiquan are deconstructed and each action translated into the absorption and release of energy. While the Taiji energy is in the process of movement, the yin and yang poles complement each other in formal harmony.

Karateka hone their skills by practicing sets of coded movements, katas, which are similar to musical scores. This project explores the virtual space of interaction created by such movements. It focuses in particular on the Shotokan school’s Unsu kata (cloud hand) through reifying the ribbon-like trajectories of both hands and feet. The pelvis’ trajectory suggests the body’s center of gravity doesn’t move drastically, but the project reveals, through drawings, the body’s rotation—which is key to karate’s attacking and defending moves—and the shellfish-shaped invisible space it generates.

A new narrative proposes metaphorically breaking the elbow rotation, transforming an arm into a double pendulum — the simplest mathematical model to create a chaotic condition which increases the chances for improvisation. Following this narrative, a new dynamic tournament court is proposed. It is formed by two constantly changing edges generated by two trajectories of double pendulums that become the base for improvisational karate movement notation.