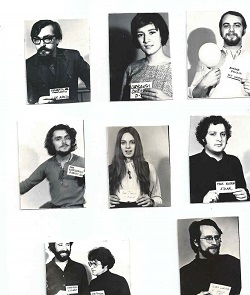 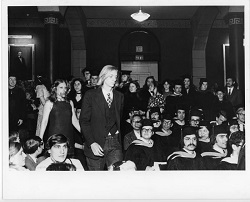 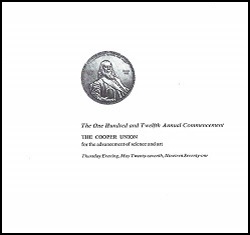 Most of the memories from my Cooper Union days are of things that actually happened outside of the classroom. Certainly those are all my best (and a couple of my worst) Cooper memories. Here’s a few of them, conveniently grouped by category.

Learning to ski in Van Cortland Park. Trying, without success, to hold on to the tow rope long enough to be pulled to the top of the beginner’s slope. One of my classmates, Bernie Greenberg EE'71, breaking his collar bone when he held onto the tow rope for too long.

Horseback riding in Prospect Park. Getting a seat on the subway ride back to Cooper because no one wanted to be near somebody who smelled like horse sweat.

The Cooper Pioneer Newspaper: Four Years Before the Masthead

Typing editorials – and a Humanities term paper – on the world’s oldest manual typewriter located in the Pioneer office across from the cafeteria. That’s of course if you can call a room with some tables, a soda machine and a food machine that dispensed sandwiches and pieces of fruit a cafeteria. And that food machine never worked for me.

While editing the paper, deliberately misspelling a classmate’s name in a movie review byline because it had been written just so very badly (even by Engineering student standards).

In my senior year, staying late with the editor-in-chief to put to bed the last edition of the Pioneer that we would ever work on. Then afterwards prying open the petty cash box to buy ourselves a celebratory dinner.

Living on Campus: No Room in NYC, But Plenty of Bunks in NJ

Freshman orientation at Green Camp the week before classes started. Realizing as a newly oriented freshman that college was going to be a lot more fun than high school.

Green Camp weekends throughout the school year. The feel of the grass under my bare feet on the slope where the Penn Station eagle stood. The smell of the pine trees when walking along the path between main camp and Erskine and Burdell. The clinking of the flag pole in front of the main building whenever the breeze picked up. The feel of squeezing chopped meat between my fingers while making meat loaf for 50.

On a less pastoral note, moving “on campus” in my junior year to an apartment on 7th Street and Avenue C. Moving back home to the Bronx a month later after the apartment got cleaned out by two neighbors carrying really big knives.

During pledge week, dressing as a farm boy – complete with overalls and straw hat – and “fishing” for several hours out of a sewer on the corner of 5th Avenue and 42nd Street. But cheating at it; I brought my own fish with me. It was smoked.

Learning to sing “Night and Day” and “Finnegan’s Wake” as part of my ODP initiation ritual. Being paddled by the upper classmen because I sang so badly. Using the kitchen bar to barricade the upper classmen in the back room of the frat house in the resulting “Great ODP Pledge Rebellion of 1968”.

Turning 18 in November of my freshman year. Just in time to legally attend my Humanities class on McSorley’s Day, which was held in McSorley’s.

At that class, learning from Professor Bowman what “WYBMADIITYWTM” on the sign hanging on a wall at McSorley’s meant. That lesson costing me 35 cents when I had to buy Professor Bowman a round. A Cooper education was a lot cheaper back in those days.

Political Upheaval at Cooper, Every Tuesday at Noon

Anti-Vietnam war rallies at Cooper. But held only on Tuesdays because that’s the day we had a two-hour lunch break in our class schedules.

Attending the rally in DC as part of the Cooper Union contingent protesting the shootings at Kent State. But getting there almost too late because our bus couldn’t get above 50 mph.