Prestige designer jewelry house David Yurman commissioned Cooper Union's student-run origami club to provide the dressing for their holiday windows displays in three of their national boutiques, including their Madison Avenue flagship store. In the holiday spirit, the club will in turn donate their fee to the school.  It wouldn't be a Cooper project without marrying art and science, so the club's original designs include over three hundred LED-illuminated paper sculptures for a display worthy of one of the country’s premier luxury brands. All of it was done in five days, not long before final exams.

“Who would think that engineers are actually artists? And yet, they did this,” David Yurman, founder of the jewelry house, says. “This is origami at level five.”  He met with Uyen ("Win") Nguyen, president of the club, to see the final installation at the Madison Avenue store, a moment captured on Youtube, above. The team’s origami designs are also featured in the Beverly Hills location on Rodeo Drive, and the South Coast Plaza location in Costa Mesa, California. 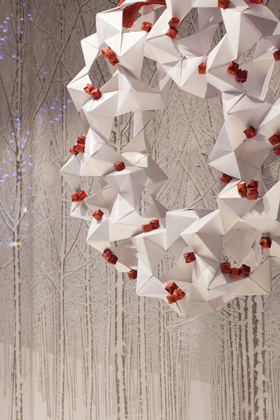 “How do you say no to David Yurman?” Nguyen, a mechanical engineering junior, says of the collaboration. “It happened very quickly, on the heels of our Hurricane Sandy Relief Fundraiser in November,” she says. The schedule for the project was incredibly demanding, with less than a week between the official commission by the jeweler and when the deliverables were expected to be ready in time for the holiday shopping displays.

It started when Richard Barrett, Director of Special Projects at David Yurman and father of architecture freshman Henry Barrett, attended a Parent’s Day event in September where he met Cooper Union President Jamshed Bharucha. Hearing the President's presentation on student organizations, Mr. Barrett was impressed when he saw pictures of work by the origami club. A few weeks later in November, Mr. Barrett reached out to Student Services and got in touch with the club president looking for hundreds of intricately folded pieces in a matter of days.

As Cooper Union students, Ms. Nguyen and her team are used to demanding schedules and punishing all-nighters. So they naturally accepted the challenge. Nine members of the club put in over 300 hours of work over the following five days. They created four “Christmas wreaths” with 33-inch diameters, six ten-inch paper cranes, and over 300 LED-wired cube “holly berries.” 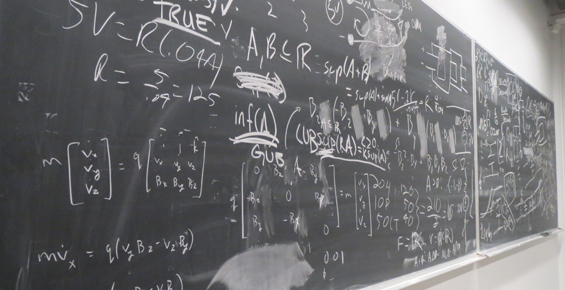 The origami club designed its own circuit for the electronic lights display; a view into the process

“Getting the wiring right for the illuminated berries was the most difficult part,” says Ms. Nguyen. “We ended up designing our own circuit.” For the lighting, the origami club recruited Henry Kasen, an electrical engineering junior who volunteered his efforts to make sure the club’s designs twinkled properly. “This wasn’t just about folding paper,” Ms. Nguyen explains, “there was wiring, soldering, electronics. Most of my work hours were not paper folding, but trying to get the electronics right.”

For their efforts, the group was paid a fee of $5,500, in addition to the $500 worth of paper materials used for the project. Ms. Nguyen and her team decided to donate the entire fee for the project to Cooper Union.  “Our school is in a pretty bad financial situation right now. And we wanted to help in a way that was productive,” Nguyen says. “We thought it would be a good gesture to the Cooper community, and potentially encourage more people to donate to the school.”