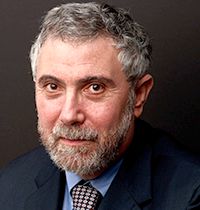 Mental illness is a leading cause of suffering in the modern world. In sheer numbers, it afflicts at least 20 percent of people in developed countries. It reduces life expectancy as much as smoking does, accounts for nearly half of all disability claims, is behind half of all worker sick days, and affects educational achievement and income. There are effective tools for alleviating mental illness, but most sufferers remain untreated or undertreated. What should be done to change this? In Thrive, Richard Layard and David Clark argue for fresh policy approaches to how we think about and deal with mental illness, and they explore effective solutions to its miseries and injustices.

Richard Layard is one of the world’s leading labor economists and a member of the House of Lords. He is the author of Happiness: Lessons from a New Science (Penguin), which has been translated into twenty languages.

David M. Clark is professor of psychology at the University of Oxford. Layard and Clark were the main drivers behind the UK’s Improving Access to Psychological Therapies program.

Paul Krugman is an author and economist who teaches at Princeton, the London School of Economics and elsewhere. He won the 2008 Nobel Prize in economics. He is also an Op-Ed columnist for the New York Times.