Science And Story: The Write Angle 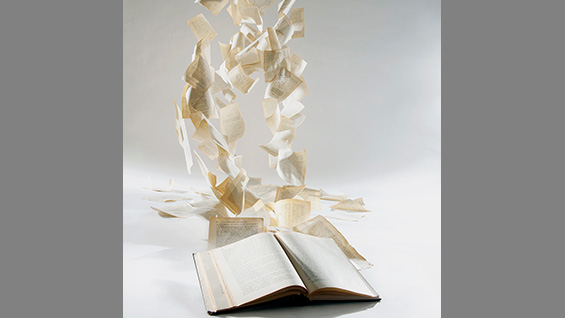 Doing science? Hard work. Explaining the results to an interested but scientifically untrained public? Just as difficult. And just as important. Part of World Science Festival 2014, join a conversation with science writers Sean Carroll, Jo Marchant, and Steven Pinker, moderated by John Hockenberry, to discuss the responsibilities and challenges they face when leading the uninitiated into worlds filled with equations, data, minutiae, and long histories of incrementally compiled knowledge. What are the most effective and creative ways for making complex ideas compelling and accessible without compromising their intellectual integrity? Buy tickets ($30 general admission. All students receive a 50% discount.  Cooper faculty and staff also receive a 50% discount using the code WSFPAR15 at checkout when purchasing tickets online.)

John Hockenberry is an award-winning journalist with twenty-five years experience in radio, broadcast television and print. He is the host of WNYC and PRI’s The Takeaway, a correspondent for PBS Frontline, and a noted presenter and moderator at conferences such as TED, Aspen Ideas, and the World Science Festival.

Sean Carroll is a theoretical physicist at the California Institute of Technology. His research covers cosmology, field theory, dark energy, particle physics, and gravitation. He is the author of The Particle at the End of the Universe, an explanation of the search for the Higgs boson and the Large Hadron Collider, for which he won the Royal Society Winton Prize for Science Books in 2013. Carroll also wrote From Eternity to Here, which focuses on the flow of time and the origin of the universe. A regular blogger and public speaker, Carroll has appeared on “The Colbert Report” and “Through the Wormhole with Morgan Freeman.” He holds a PhD from Harvard and has worked at MIT; the Institute for Theoretical Physics at the University of California, Santa Barbara; and the University of Chicago.

Steven Pinker is a professor of psychology Harvard University and a one of the world’s foremost science writers whose work has appeared in publications such as The New York Times, Time, and The New Republic. He is the author of seven books, two of which were finalists for the Pulitzer Prize: How the Mind Works and The Blank Slate. He was shortlisted for the 2012 Royal Society Winton Prize for Science Books for The Better Angels of Our Nature. His research touches on language, cognition, morality, and genetics, to name a few, and his work encourages a scientific approach to human nature. He was named Humanist of the Year and has been included in top 100 lists from Prospect magazine, Foreign Policy, and Time magazine.

Jo Marchant is an award-winning science journalist who has served as editor for both New Scientist and Nature. Her work has appeared in The Economist, The Observer, and The Guardian. She has a PhD in genetics and medical microbiology and has written on everything from genetics to underwater archaeology. Her book Decoding the Heavens: Solving the mystery of the world’s first computer was shortlisted for the 2009 Royal Society Prize for Science Books. Marchant has appeared on National Geographic, CNN, and BBC Radio 4, and lectured at the Royal Institution in London, the Edinburgh Science Festival and the Getty Villa, among many others.