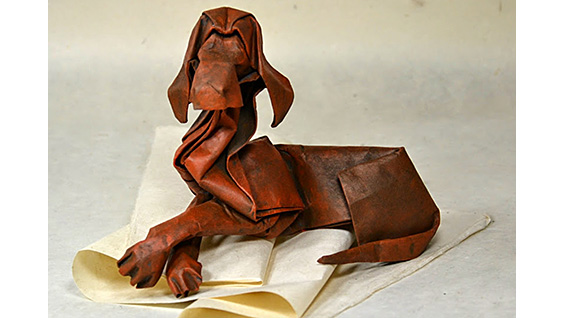 The Cooper Union was the site of the 1959 exhibition Plane Geometry and Fancy Figures: the first origami exhibition in the United States. One of its primary contributors was Lillian Oppenheimer, founder of The Origami Center, which later evolved into OrigamiUSA. The exhibition included the works of Akira Yoshizawa, Giuseppe Baggi, Ligia Montoya, Robert Harbin, Robert Neale, and other notable artists.

For the first time in 55 years, origami will be brought back to The Cooper Union in the Surface to Structure exhibition. In addition to presenting a small number of pieces folded by the same artists in the 1959 exhibition, the folded forms on display will show origami’s transformation, including sculptures that push the boundaries of this artform beyond its traditional perceptions. The exhibition will feature the work of established artists as well as up and coming artists and communicate the range and complexity of origami styles.

The exhibition will be free and open to the public June 20 - July 3. Exhibition hours are 11AM - 10PM daily. Opening reception at 7PM on June 19.