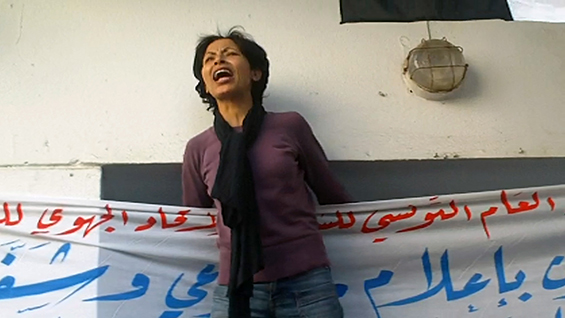 The Interdisciplinary Seminar presents a free, public seminiar by Mario Rizzi, the Italian artist and filmmaker. The seminar will reflect on the compresence of research and engagement in his approach to art making. It will also examine the problematics of representation in this critical historical moment, particularly when looking at the shifting narratives of uprising in the Middle East from a Western perspective, and the responsibility to provide diagnostic tools of the present to an empowered spectator.

Excerpts of Rizzi’s recent filmworks will be shown to exemplify his visual research and enrich the talk with moving images of the lyrical in the ordinary life of his characters.

Mario Rizzi is an Italian artist and filmmaker, a storyteller in his definition. His work is an act of mediation, searching for the lyrical in the ordinary life of his characters and exploring the relationship between privacy and civil engagement. His films focus on the notions of border and inequality, particularly in relation to issues of identity, and reflect on the problematics of representation.

Rizzi’s exhibitions include “Open Museum Open City” at MAXXI in Rome, “Al Intithar” at SALT Istanbul and “Where are the Arabs?” at MoMA PS1 in New York (2014); “Iskele 2” at TANAS & Neuer Berliner Kunstverein in Berlin and “Signs Taken in Wonder” at Museum Angewandte Kunst in Vienna & Kunstverein Hannover (2013); the 13th Architecture Biennale in Venice (2012); “Videoforma” at NCCA in Saint Petersburg (2011); “Be(com)ing Dutch” at Van Abbemuseum in Eindhoven and the 6th Taipei Biennial (2008); “This Day” at Tate Modern in London and the 4th Göteborg Biennial (2007); the 9th Istanbul Biennial (2005); the 14th Sydney Biennale (2004).

In 2012 Rizzi won the Production Program Award of the Sharjah Art Foundation. His films were selected twice for the Official Competition of the Berlin Film Festival (2013 & 2008). In 2005 he was awarded the Best Artist Prize of the 7th Sharjah Biennial, in 2004 the Mulliqi Prize. In 2010 the Museum of Modern Art in New York bought his film Murat ve Ismail for their permanent collection.

Mario Rizzi appears as part of the Interdisciplinary Seminar, created as a discussion series on artistic practice for the students of the Cooper Union School of Art and the creative community that surrounds them. Lectures are free and open to the public.