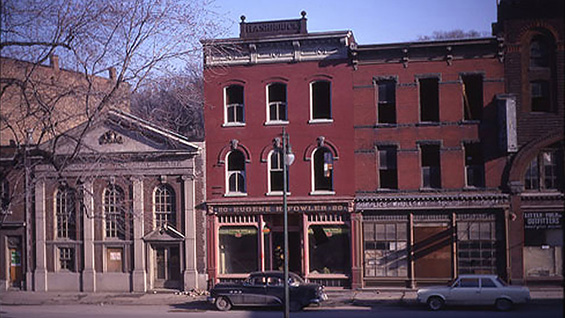 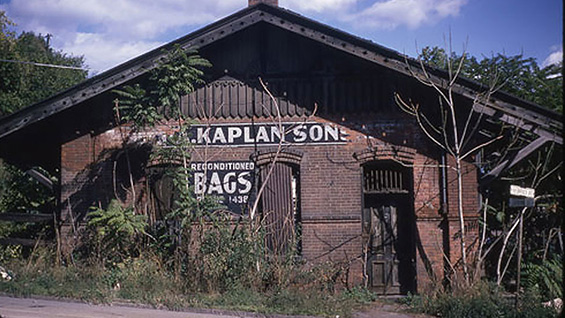 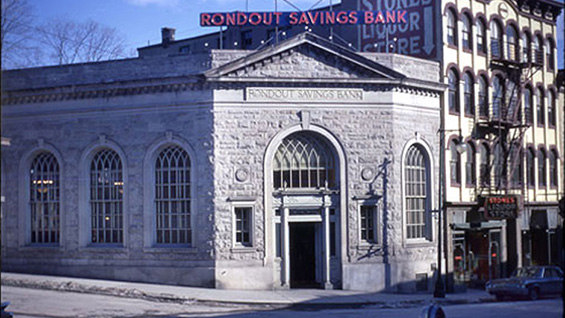 A free, public screening of Lost Rondout: A Story of Urban Removal, a documentary that chronicles how a federally funded 1960s urban renewal project devastated the "Rondout," a waterfront district of Kingston, New York. A microcosm of the urban disruption that occurred all over America, nearly 500 buildings were destroyed and thousands of people were displaced, many of them African Americans who had difficulty finding new housing.

As a young man delivering flowers for his father's floral business, Gene Dauner took nearly 1,000 slides of the area just prior and during the destruction, vividly capturing the vanished streetscape of historic 19th century buildings, then defined as "blight." Utilizing Dauner's slides as well as images by other photographers, archival footage and family photographs, producers and directors Stephen Blauweiss and Lynn Woods re-create the lost city in this 69-minute documentary.