Barry Lewis, architectural historian. Lewis’ WNET/Thirteen walking tours (along with co-host David Hartman) of 42nd Street, Broadway, Harlem, Brooklyn, Greenwich Village, Central Park, Newark, Hoboken and Queens have been praised by the media and made a “must-see” by the viewing public. His latest program, Dutch New York, explored how New York's Dutch roots made it different from its English neighbors. He also has lectured widely at cultural and academic institutions such as the Smithsonian in Washington, D.C.; the Morgan Library; the University of Pennsylvania; and the Central Park Conservancy. 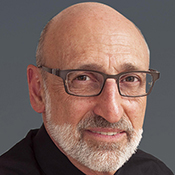