Emanuele Coccia, "Metamorphic beings: The Nonhuman life in the human body and spirit" 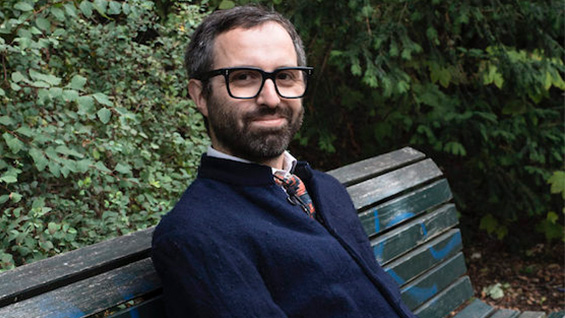 Emanuele Coccia delivers a free, public lecture as part of the Fall 2019 Intra-Disciplinary Seminar series and in partnership with Open Society Foundations.

Emanuele Coccia is Associate Professor of Philosophy at the Ecole des Hautes Etudes en Sciences Sociales in Paris. He was an invited Professor at the Universities of Buenos Aires, Dusseldorf, Tokyo and Weimar, and a fellow at the Italian Academy for Advanced Studies in America at Columbia University. He has worked extensively on aesthetics and on biology, and has written about contemporary art and fashion. His publications include Sensible Life (2016), Goods: Advertising, Urban Space and the Moral Law of the Image (2017), and The Life of Plants (2018). With Giorgio Agamben, he edited an extensive anthology covering angels in Judaism, Christianity, and Islam, Angeli. Giudaismo, Cristianesimo, Islam (2009). He recently published with Donatien Grau a book on the history and the meaning of concept stores (The Transitory Museum, 2018).