Bouchra Khalili, Calling the Ghosts: On Bearing Witness to the Future 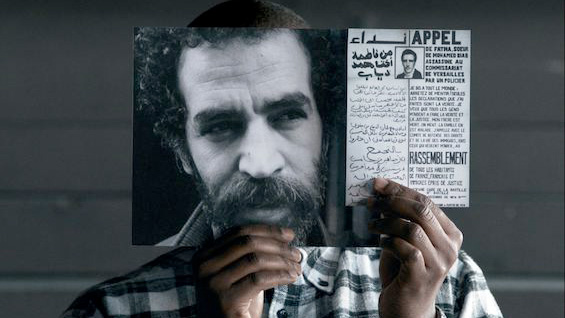 As part of the Fall 2019 Intra-Disciplinary Seminar series and presented in partnership with Open Society Foundations, Bouchra Khalili delivers a free, public lecture. Committed to deep research and preparation, Khalili develops her projects across long periods of time. When considered as a whole, the body of work she has created in the last 15 years can be seen as a meditation on unconditional and radical equality. For this lecture, she will share and articulate some of her work in order to address the essential questions that her practice investigates: the politics of memory of anti-colonial struggles and international solidarity; forced illegal migrations in relation to imperial and colonial continuums; egalitarian forms of citizenship as opposed to the nation-state model of citizenry; and language, dialects, speech acts and agency.

Bouchra Khalili is a Moroccan-born, Berlin-based visual artist. Her work in film, installation, photography and printmaking investigates strategies and discourses of resistance as elaborated, developed, and narrated by members of political minorities rendered invisible by the nation-state model. She has had solo exhibitions at the Museum of Fine Arts (Boston), MoMA (New York), PAMM (Miami), Jeu de Paume National Gallery (Paris), MACBA (Barcelona), Secession (Vienna), among others. Her work has been shown in many international exhibitions including at documenta 14, the 55th Venice Biennale, the 18th Sydney Biennale, and the 10th Sharjah Biennale.