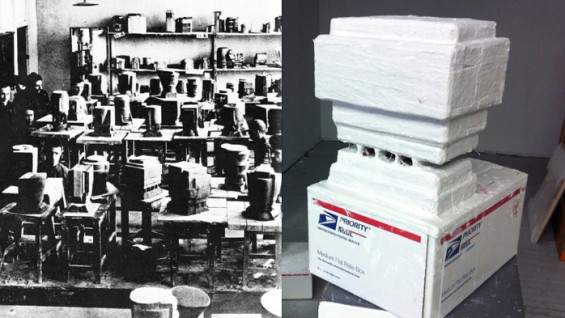 Archival image form the Vkhutemas School (left), and a work in progress by Pamela Lins (right)

Pamela Lins, Adjunct Professor at the Cooper Union School of Art since 1999, has been selected as a 2013-2014 fellow at The Radcliffe Institute for Advanced Study at Harvard University, joining a very select group of artists to be so honored.  As a fellow she will be among 49 artists and scholars who will have a funded year to write books, create art, pioneer research, and bring together theory and practice. Only five percent of applicants were accepted to the fellowship program, an admission rate comparable to that of Harvard College, according to the Radcliffe Institute. 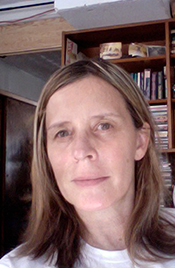 “I am delighted to have the time and support,” Lins says of her invitation to the Radcliffe Institute. “Although I proposed a project with a thematic focus, the research and work could go a different direction,” she adds, “I will also get exposed to other types of research at Radcliffe.” Of the nearly fifty fellows, Lins is one of only two artists invited every year since 1999. She joins Cooper alumnae Leslie Hewitt (A’00), who completed the fellowship in 2009-2010. Starting in January 2014 Lins will spend six months away from teaching—"My first semester off from teaching at Cooper in over ten years!" she says—while on the fellowship, pursuing her upcoming project, tentatively titled Come Back Volume and Space.

The project's origins lie in Lins’ explorations of the Soviet Vkhutemas, the Russian art and technical school founded in 1920 by a decree from Vladimir Lenin. Often compared to the famous German Bauhaus in its intent, organization and scope, in its brief ten-year history, Vkhutemas (an acronym for the Russian equivalent of "Higher Art and Technical Studios") would become a wellspring of three major historical avant-garde movements: constructivism, rationalism, and suprematism. The school counted towering figures of modernism like Kazimir Malevhich and Alexander Rodchenko as its faculty.

"The Vkhutemas School, with their ideas about educating artists for the social good and the successive generations of design and art education that followed, is of interest to me, but what I take as my model is a photograph," Lins says. Responding to a rare image she discovered of an architecture studio in the school, Lins began to recreate some of the models pictured and continue her research into the institution. “I am interested in re-citing or annexing these models into my work,” she explains. Though she is unsure what form the final piece will take, Lins looks forward to the year of work she can dedicate to it.