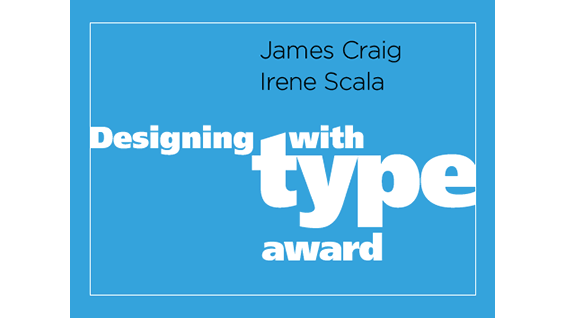 With great pleasure, The Cooper Union for the Advancement of Science and Art announces the James Craig and Irene Scala Designing with Type Award, made possible by a generous gift from James E. Craig A’63.  The Designing with Type Award provides a stipend for a School of Art student with a strong interest in design, who will study abroad in the Fall or Spring semester of the 2013-2014 academic year. The stipend provides $5,000 to help cover travel and living expenses while students advance their skills and engage in life-enhancing experiences by interacting with people of different cultural backgrounds. 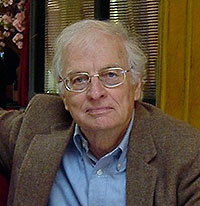 "As a young man, travel to Europe played an important role in shaping my personal and professional development," Mr. Craig, at left, says. "I have created the Designing with Type Award to extend that same opportunity to Cooper Union design students today."

Applicants must have enrolled in design courses in the School of Art at The Cooper Union, and have been accepted by a school outside the United States that has a formal exchange agreement with the School of Art.  Upon their return, award recipients will submit a report to the Dean, which will be shared with the donors.

Born in Montreal, Canada, James Craig studied fine arts in both Montreal and Paris before immigrating to the United States in 1957. After receiving a BFA from The Cooper Union, he earned an MFA from Yale University in 1965. Mr. Craig was the Design Director at Watson‑Guptill Publications for 30 years and taught Typography 1 at The Cooper Union from 1978 to 2008. He is the author of a number of books on graphic design and typography, among them Designing with Type, now in its fifth edition. Mr. Craig continues to give workshops on typography at art schools around the world while also working on his books and websites.

Tipping his cap to a former student turned professional colleague, Mr. Craig added Irene Scala (née Zborovsky A’97) to the award's name. Ms. Scala co-taught the Typography 1 class with him from 2001 to 2004 and co-authored the textbook, ebook and website for the fifth edition of Designing with Type. Like Mr. Craig, study abroad shaped her career. "Putting Irene's name on the award seemed obvious. She represents the future of typographical design," Mr. Craig says.

We are deeply grateful to Mr. Craig for his generosity and foresight in making possible the Designing with Type Award. For more information and an application,  click here.