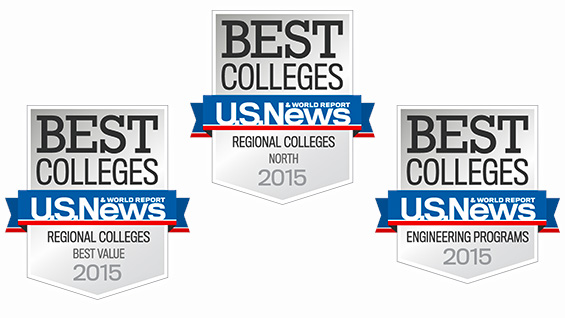 The U.S. News & World Report Best Colleges 2015 guidebook, released Tuesday, has put The Cooper Union as the #1 Best Value for its region and the second best overall undergraduate school in its region. It also ranked the Albert Nerken School of Engineering at #8 nationally in its cohort with the electrical engineering program ranked fifth on the same national scale.

"With our rigorous academic programs, low faculty to student ratio and continued selectivity, the editors recognize that The Cooper Union remains one of the top schools in the region," President Bharucha says. "We provide this academic quality while offering a 50% tuition scholarship, plus need-based aid. We are committed to meeting the highest standards of access and affordability."

For the fourth year in a row The Cooper Union appeared as either the first or second ranked school in the guidebook's list of northeast U.S. schools that focus on undergraduate education but grant fewer than half their degrees in liberal arts disciplines. According to the methodology page, the ranking results from data gathered during the spring and summer of 2014 relating to "academic excellence," including peer assessment, retention and graduation of students, student selectivity and other factors. Rankings for the School of Engineering and its programs are based on peer judgments of deans and senior faculty who rated programs they are familiar with in two surveys conducted in the spring of 2014.