Professor Anne Griffin Honored by the Kingdom of Belgium 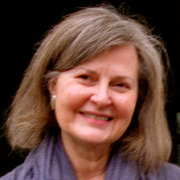 The Kingdom of Belgium has conferred the rank of Officer of the Order of the Crown on Professor Anne Griffin.

The Order of the Crown is awarded by Royal decree for distinguished artistic, literary or scientific achievements. Dr. Griffin, a member of the Faculty of Humanities and Social Sciences at The Cooper Union, has since 1998 recorded testimonies and conducted archival research on Belgium's resistance during World War II.

A chance meeting with a group of Belgian war resisters in a Brussels armory in 1996 inspired Dr. Griffin to embark on a number of scholarly projects. In 2005, she curated Images of Resistance Past and Present: An Exhibition Commemorating Resistance in Belgium, 1940-1945 at the Cooper Union Houghton Gallery. Since that time, the exhibition has traveled to the Yeshiva University Museum in New York and the Dutch Resistance Museum in Amsterdam. More recently, she published “Fragmented Testament: Letters Written by World War II Resisters Before their Execution,” co-authored with Dr. Jay Lefer, in the Journal of the American Academy of Psychoanalysis and Dynamic Psychiatry. Dr. Griffin is also at work on a book on the topic of the resistance, with support from the National Endowment for the Humanities as well as the Fulbright Foundation.